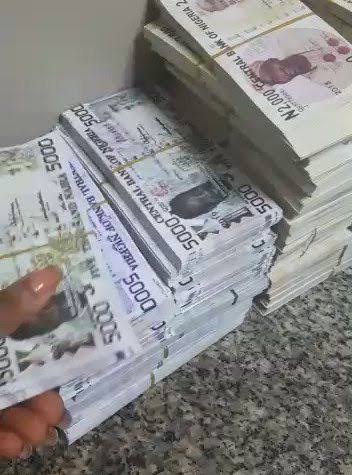 Central Bank of Nigeria, CBN, has reacted to the ongoing circulation of pictures and videos of new N2,000 and N5,000 banknotes in the country.

During the weekend, there were rumours that some persons were in possession of such bank notes.

However, the CBN through its official Twitter page, said the videos and pictures were fake.

The CBN further directed the public to report anyone found in possession of such banknotes to law enforcement agencies.

“Members of the public are advised to disregard such falsehood and to report anyone found in possession of such banknotes to the law enforcement agencies,” it added.