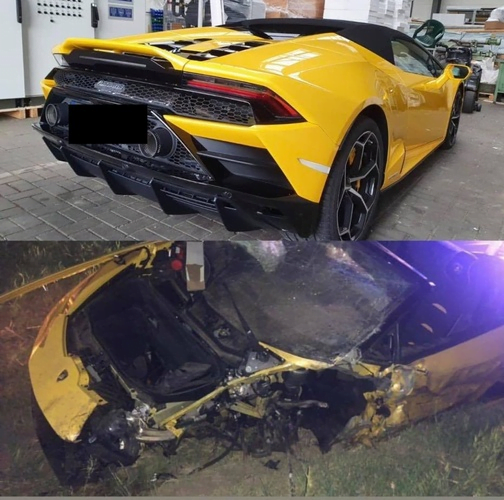 Polish professional footballer, Marcin Bulka who plays as a goalkeeper for the French football club, Paris Saint-Germain, is reportedly receiving treatment in a hospital at the moment after he survived a ghastly motor accident yesterday.

Naija News understands that the player rammed his yellow Lamborghini into another car approaching him very close to his apartment in Poland.

As seen in the photos below, the luxurious Lamborghini Huracan Evo Spyder worth £200,000 has been damaged.

The incident happened very close to Bulka’s house at Wyszogród, Warsaw, meanwhile, he had returned to his home from Le Parc des Princes following the outbreak of Coronavirus pandemic. 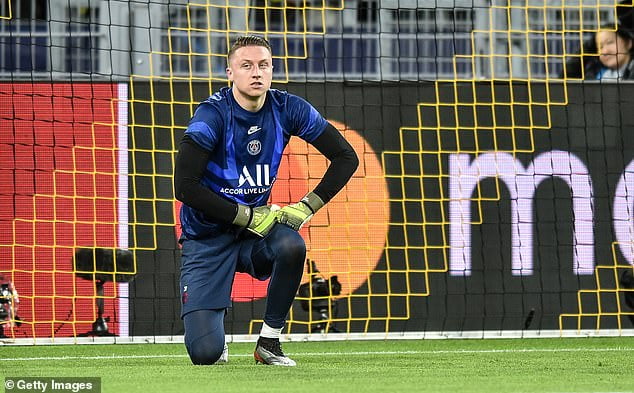 Naija News gathered that the accident happened after the goalkeeper attempted to overtake make tilt and then ran into an oncoming car.

However, Daily Mail confirmed that Bulka and driver of the other car, including a passenger, have been taking to the hospital for proper medical attention.

In another news, the English Premier League board has announced that the 2019/2020 season matches will kickstart on 17th of June 2020, Naija News reports.