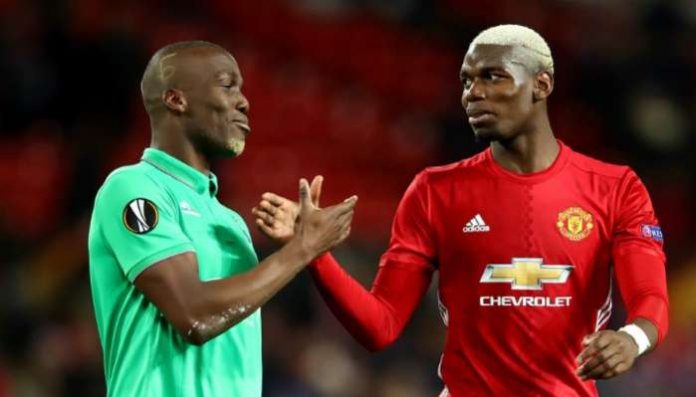 Naija News understands the player signed a three-year deal with the club which runs until 2023.

Sochaux have also confirmed the move, announcing that the deal is subject to a medical.

The Pogba deal was confirmed by the club last week, making it the third time the senior brother of Paul Pogba plies his trade in France having previously featured for Sedan and Saint-Etienne.

The 29-year old Pogba who plays for Guinea as a defender had been a free agent after his contract with MLS side Atlanta United expired.

“Florentin Pogba is officially Sochalian! The 29-year-old Guinean international defender signed this Wednesday for three seasons after having passed the usual medical examination,” read a statement on Sochaux’s Twitter handle.

Overall, Florentin has played 219 times in his career, scoring nine goals and providing eight assists. He has also received 22 yellow cards and no reds.

Born in the city of Conakry, Pogba has been capped 14 times for Guinea, making his debut in a 1-1 friendly draw with Senegal in 2013. He has captained the Syli Nationale six times.