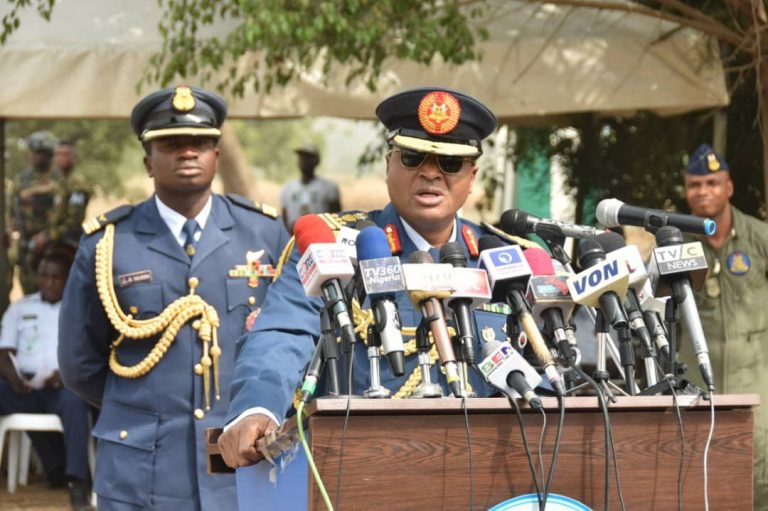 He declared this position during an Eid-el-Fitr Luncheon organised with troops in the North East on Monday in Yola.

CAS Sadique stated that Luncheon is a tradition being organised by the Nigeria Air Force to facilitate the front Air personnel in the North East region during festivity.

“And the Nigeria Air Force is committed to ensuring that our country is safe and people can go to their normal activities,” he added.

The Air Force chief assured the people of the Northeast region

He added that the NAF Base in Yola would continue to play a vital role in the fight against insurgency in the north-east of the utmost best of the Air Force to protect them from Boko Haram, ISWAP and other criminals.