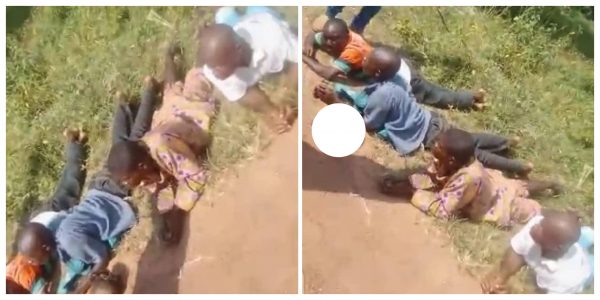 The gross wickedness of some people working in some cemetery has been exposed by the Nigerian Police force. It has been discovered that some cemetery workers sell human body parts to different clients.

The Police gave their names as; Adewale Abiodun, 40; Akinola Sunday, 69; Oluwadare Idowu, 67; and Olomofe, 45. The suspects were apprehended while severing the head of a newly-buried corpse at the cemetery on Saturday.

A source disclosed that a few hours after the corpse was buried, the family of the deceased returned to the cemetery to make arrangements on how to cover the grave in concrete.

“On getting to the grave, the family members met the suspects digging the grave with the intention of exhuming the corpse.“It was at that point that it was discovered that the suspects had four severed male heads and a female head.“They immediately invited men of the Special Anti-Robbery Squad, who arrested the suspects,” the source said.

“The ongoing investigation will reveal everything, particularly other members of the gang. From what we have found out, that was not their first time. It is something they have been doing; it is a routine thing,” Ikoro stated.