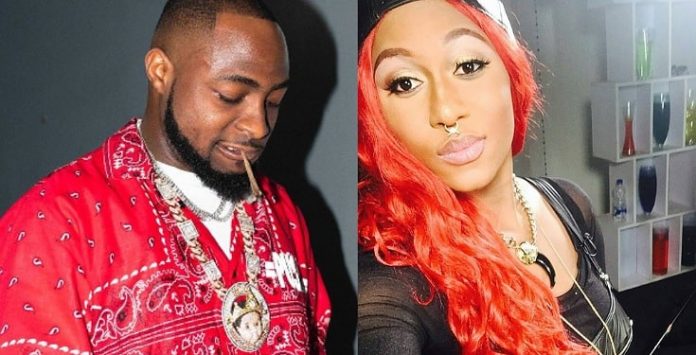 The name Cynthia Morgan became a trend on social media platforms over the weekend after an Instagram live video surfaced featuring Nigerian singer and songwriter, Cynthia Ikponmwenosa Morgan, alongside @msvanila7.

The singer who now goes by the name Madrina shared the awful experience she had over the years in her musical career.

Cynthia in the interview disclosed how things fell apart with her former record label boss, Jude Okoye, brother to popular Nigerian defunct group Square. The pop singer alleges that the label boss was the reason for her fall in the music industry, adding that he has denied her rights to her stage name, and hence the reason for her depression.

Naija News understands that the video received a barrage of reactions during the weekend as colleagues in the industry pitied the sick singer, wishing her well and given her hope for better days in her career.

Watch the Instagram live video with the singer below.

However, Jude Okoye in another interview session with Tunde Ednut has denied the allegations against him by the singer.

According to Jude who narrated his own part of the story, nothing of such as claimed by the singer happened between them. He reiterates that she has been free with the said rights since she left the label.

He further promised Tunde Ednut to send him details of his contract with Cynthia Morgan via email, authorizing him to publish it after going through the whole details.

Reacting to the whole drama, singer, Davido took to his Twitter handle to ask Cynthia Morgan to call him, showing interest in helping her achieve her dreams.

Tell Cynthia I got an anthem for her …. I’ll record my verse now

The DMW boss received applause from Nigerians for his kindheartedness towards the singer whom many described as lady gifted with good music.

However, despite praises on the DMW boss, another social media user identified as IRUNNIA came up with a different narrative about Davido’s act of given, noting that he only looks for opportunities to come in so he can receive praises.

He tweeted; “Davido is a clout chaser. The only reason he wants to help Cynthia Morgan now is because she is currently the center of attention. He likes being at the center of everything.”

“When she was suffering and she wasn’t the center of attention why didn’t he help her then?.”

Davido is a clout chaser. The only reason he wants to help Cynthia Morgan now is because she is currently the center of attention. He likes being at the center of everything.

When she was suffering and she wasn't the center of attention why didn't he help her then?