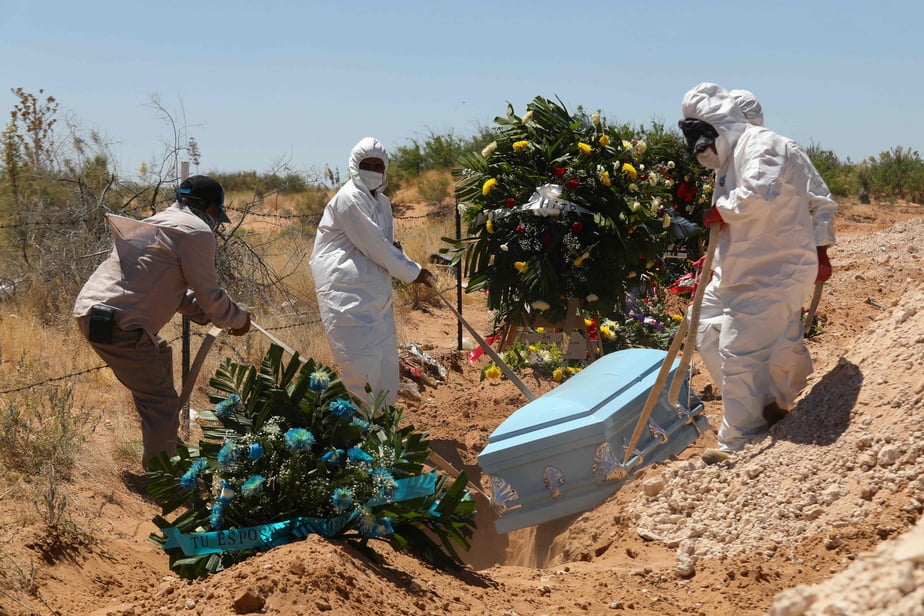 The coronavirus pandemic has killed at least 335,538 people worldwide since its appearance in December in China, according to an assessment established by AFP from official sources Friday at 3 PM.

More than 5,158,750 cases of infection have been officially diagnosed in 196 countries and territories since the start of the epidemic. This number of diagnosed cases, however, only reflects a fraction of the actual number of infections, with a large number of countries only testing cases requiring hospital treatment. Among these cases, at least 1,937,200 are now considered cured.

Since the count carried out the day before at 3 p.m., 5,784 new deaths and 109,329 new cases have been recorded worldwide. The countries which recorded the newest deaths are the United States with 1627 new deaths, Brazil (1188) and Spain (688 including 632 in Catalonia, not listed previously and whose date has not been communicated).

The United States, which recorded its first death linked to the coronavirus in early February, is the country most affected in terms of the number of deaths and cases, with 95,490 deaths for 1,590,225 cases. At least 298,418 people were declared cured.

Among the countries hardest hit, Belgium is the one that deplores the highest number of deaths compared to its population, with 79 deaths per 100,000 inhabitants, followed by Spain (61), Italy (54), the United Kingdom (54), and France (43).

China (excluding the territories of Hong Kong and Macao), where the epidemic began at the end of December, officially counted a total of 82,971 cases (4 new between Thursday and Friday), including 4,634 deaths and 78,255 recoveries.

This assessment was carried out using data collected by AFP offices from the competent national authorities and information from the World Health Organization (WHO). Due to corrections by the authorities or late data releases, the 24-hour increase figures may not exactly match those published the day before.