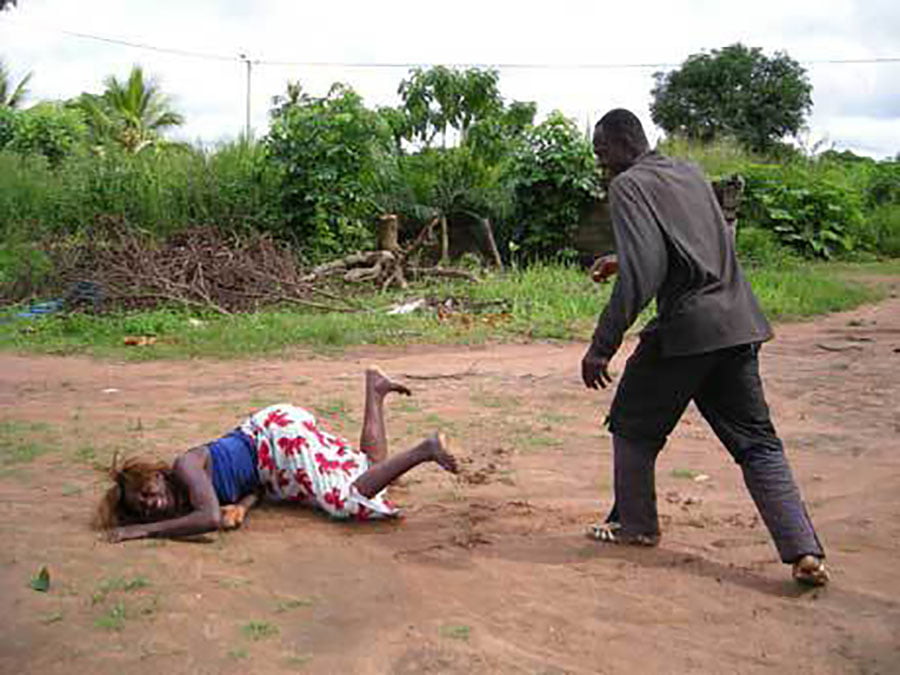 The Police in Kenya has announced the arrest of a man who forcefully applied a mixture of pepper, salt, and onions to his wife’s private part and then sealed it up with glue and sand.

Security operatives announced the 30-year-old man was arrested in his hideout in Kaningo, Kitui County by a combined team from Directorate of Criminal Investigations Tseikuru, Special Crimes Unit and DCI Tharaka South.

Recall Naija News previously reported that the man on May 16, physically and sexually assaulted his wife over alleged infidelity.

The suspect initially persuaded his wife to move from their Marimanti township home, fearing that he would be arrested after having traveled from Nairobi where there is a lockdown.

However, on reaching Kathita River, the man who threatened to kill his wife ordered her to undress. When the woman refused to obey, he descended on her with blows while threatening to stab her with the knife he was holding.

After carrying out the evil act, the man fled and was declared wanted by the police.

Giving an update on the incident, Kenya’s Directorate of Criminal Investigations on Thursday tweeted that the man has now been arrested.

30-Year-Old James Kifo Muriuki, who on 16th May, 2020 horridly dehumanized his wife, has this morning been arrested from his hideout at Kaningo in Kitui County by a combined team of @DCI_Kenya Detectives from Special Crime Unit, DCI Tseikuru and DCI Tharaka South. pic.twitter.com/9InbkfcyI4

The DCI added that further investigation will be carried out and the suspect will be charged to court once investigations are completed.