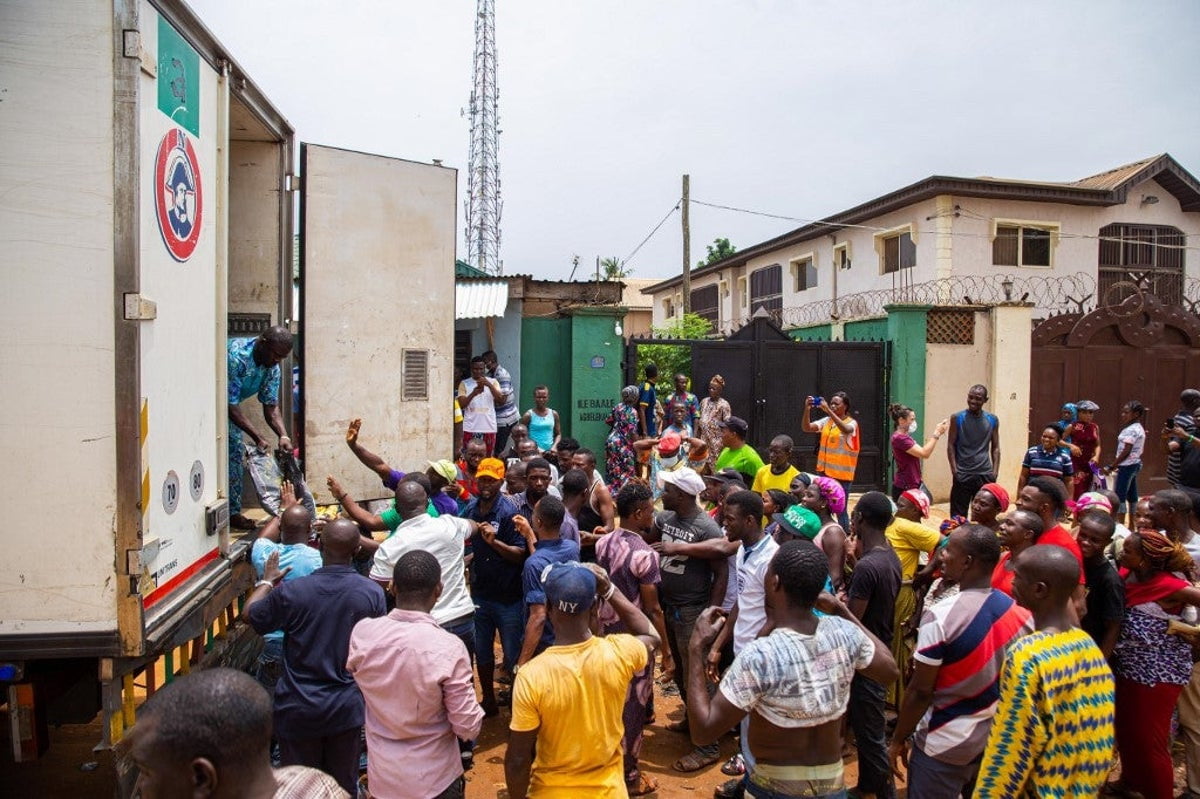 A woman died, four others including a 91-year-old grandmother, reportedly sustained severe injuries while struggling to beat the crowd in Rivers State during the distribution of COVID-19 palliative.

According to reliable sources, a woman identified as Mrs Florence Onuobodo, 62, has died in a struggle to collect COVID-19 palliative shared by the state government.

The unfortunate incident happened in Elele Kingdom, a community in the Ikwerre Local Government Area of the State, Naija News understands.

It was reported that Mrs Florence had arrived at the distribution venue to get her own share of the Coronavirus palliative, but unfortunately, she was trampled upon by some persons due to the stampede.

Reacting to the unfortunate event, a counsellor representing Elele ward, Emmanuel Amadi, revealed that the woman died at the University of Port Harcourt Teaching Hospital where she was quickly taken to for treatment after she was trampled upon.

Amadi, however, faulted the claims that the COVID-19 palliative distribution process was not well managed.

Meanwhile, Naija News had reported that a 57-year-old man, who developed complications after testing positive for COVID-19, has died in Toamasina, a city in Madagascar.