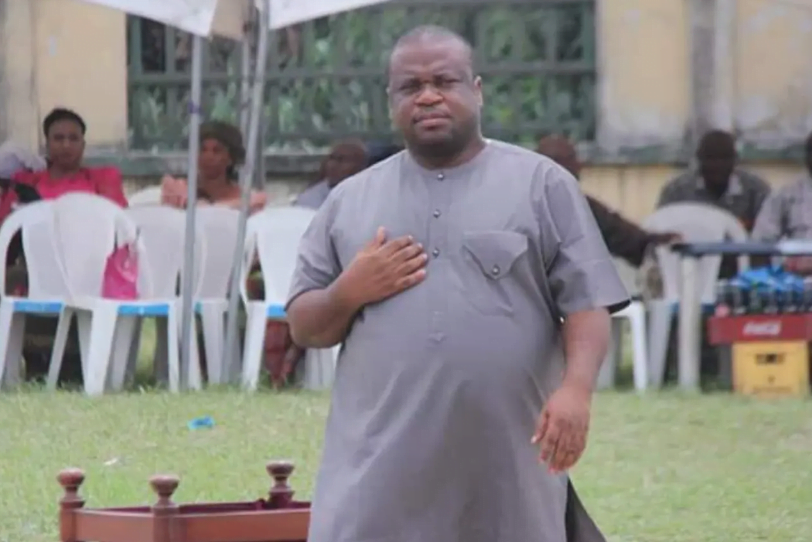 Cross Rivers State Governor, Nyesom Wike, his family, the state government, residents of the State and relatives of Simeon Nwakaudu were all left in tears on Sunday, May 17 after the media aide to the governor died from a yet to be verified cause.

The governor while consoling the deceased family expressed pains, describing the exit of the aide as a shocking development.

Wike in a statement made available to newsmen on Sunday through the State Commissioner for Information and Communications, Paulinus Nsirim, commended the deceased whom he described as a good loyalist and hardworking fellow.

The statement reads, “The governor on behalf of his family, the government and good people of the State condoled with the bereaved family.”

“He prayed to God to grant them the fortitude to bear the great loss.”

The statement added that the late Special Assistant to the governor on Electric Media gave up the ghost at the Rivers State University Teaching Hospital (RSUTH), on Sunday (today).

The cause of Nwakaudu’s sudden death is, however, yet to be known, although an unofficial report claimed he had died of cardiac arrest.

On their part, Nigeria main opposition party, the Peoples Democratic Party, PDP, in a statement released a few moments ago expressed their pain over Nwakaudu’s death.

PDP stressed that it is disheartening to hear about the death of Simeon Nwakaudu at this time when he is most needed to discharge his skills for the betterness of the state.

PDP wrote, “Our hearts bleed as our nation, the media industry and indeed Rivers state, have lost one of our brightest and patriotic media professionals; a loyal compatriot, who gave his all in serving our dear nation.”

“Nwakaudu was a courageous and hardworking Nigerian, who dedicated his youthful life in serving our nation as an accomplished journalist, Special Assistant to Governor @GovWike during his tenure as Minister of Education and then as his Special Assistant on Electronic Media, where he contributed immensely in the implementation of Governor Wike’s vision for a New Rivers State.”

“Indeed, Nwakaudu’s death is a painful loss not only to Governor @GovWike and the government of Rivers state but also to our great party, the @OfficialPDPNig, the media industry and our nation, Nigeria, at large.”

Meanwhile, the Northern Community in Rivers State a few days ago have filed a lawsuit against the state Governor Nyesom Wike, before the Federal High Court sitting Port Harcourt.