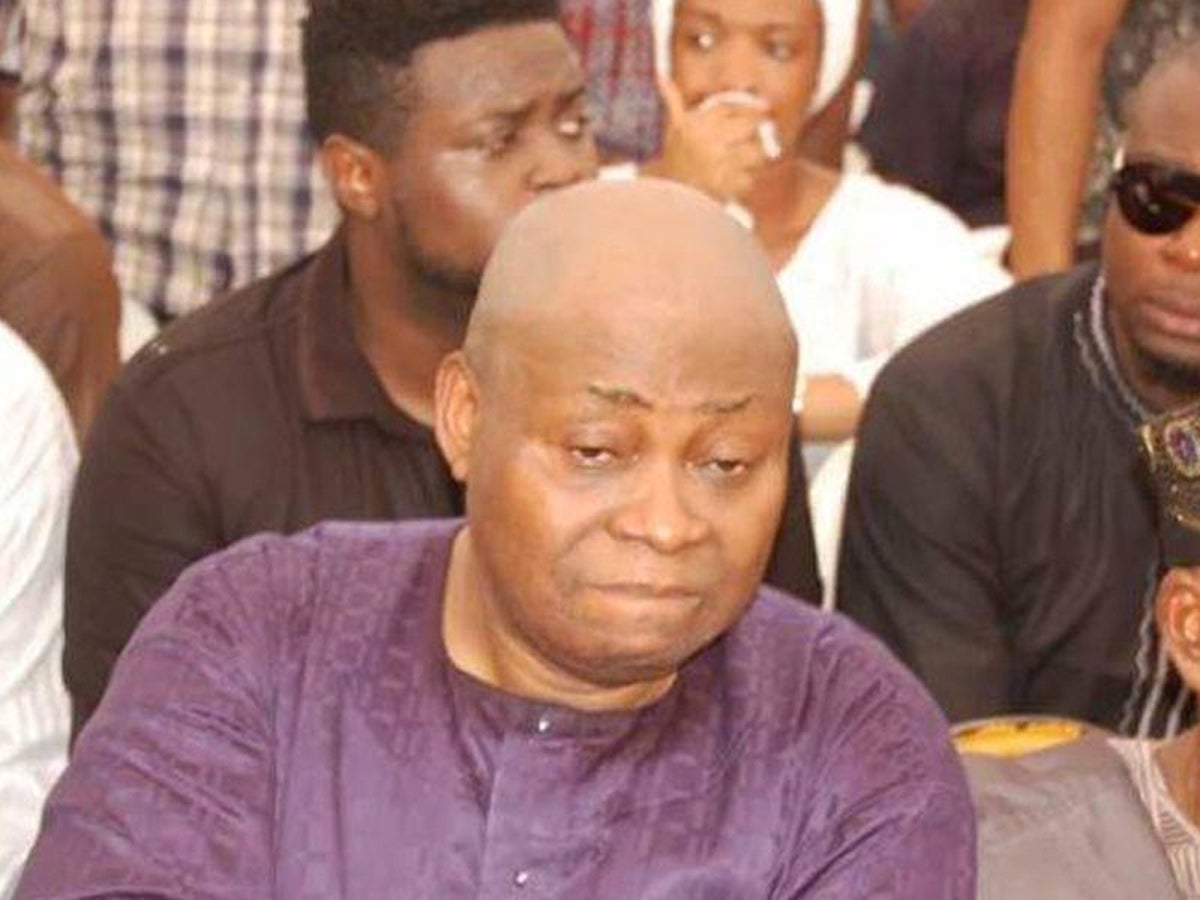 A socio-political group within the Peoples Democratic Party (PDP) in Osun State, Osun PDP Concerned Group, has accused Dr Deji Adeleke of been behind the crisis rocking the party in the state.

Naija News reports that Deji Adeleke is the father of the popular Hip-hop artiste, David Adeleke, known as Davido, and the elder brother to the PDP’s gubernatorial candidate in the governorship election of 2018 in the state, Ademola Adeleke.

Recall that the Osun State Chairman of the PDP, Soji Adagunodo, was recently suspended by the National Working Committee of the party for alleged misconduct.

In a statement on Tuesday, the spokesperson of the group, Hon. Akanji Awoniyi, accused Adeleke of being behind the suspension pf Soji Adagunodo.

The statement read: “Political watchers in Osun State are learning one or two lessons in the emerging crisis within Osun PDP and the games being played by Dr Deji Adeleke and his arrays of fans.

“How they masterminded the suspension of the State Chairman of the party, Hon Soji Adagunodo is already an open secret. As if that was not enough, he has started searching for a successor ahead of the verdict of the National Disciplinary Committee of the party.

“In faraway Dubai, he perfected the plans and failed to acknowledge the fact that God will not cease to be God and has His way no matter the wish and disposition of any mortal, either rich or poor.

“The happenings in our party is, to say the least, unfortunate. In his double standard and unholy game of chess, Deji Adeleke attempted to conscript Professor Wale Ladipo onto his avowed mission to remove the State Chairman by offering to bankroll his PDP National Chairman ambition, and cede deputy governor slot to his desired nominee come 2022 on conditions that the former secretary pulls his weight behind the removal of Adagunodo.

“Not satisfied with the position of the former National Secretary, the self-acclaimed PDP sympathizer also reached out to a former Governor of the State, Prince Olagunsoye Oyinlola, pledging to support his National Chairmanship. Which kind of sympathiser is that? We all know where his interest lies and cannot but wonder why he is determined to have his way by fire or by crook.

“Wealth without humanity is bullshit. Total nonsense! He bragged that he has the PDP National Chairman Prince Uche Secondus and Governor Wike of Rivers at his back and as such, can influence who will take over the National Chairmanship position.

“Only God knows what Prince Olagunsoye and Prof Oladipo’s possible collision with respect to their bids for the position of National Chairman would cause again. Dr Deji is playing games and setting everyone against each other to achieve his ultimate goal of dislodging the State Chairman for eventual control of the party structure in Osun State”.