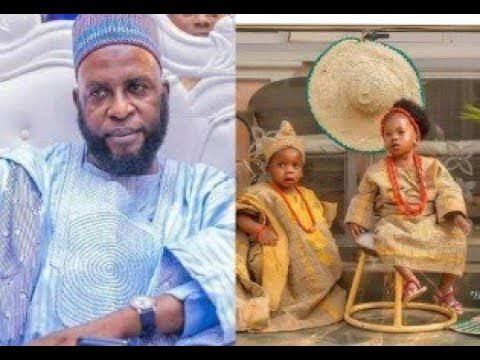 Alhaji Taofeeq Akewugbagold, a former chairman of the Oyo State Pilgrims Welfare Board (Muslim wing) whose twins were abducted about a week ago, have reportedly been released.

The twins, Walfiq and Walfiqoh’s release came at exactly 8 days after their abduction at their parents’ Ojoo, Ibadan house.

The family did not state whether or not any ransom was paid, however the Oyo-born Islamic cleric had told newsmen that called him, demanded the sum of N55 million.

“ALHAMDULILLAH! AT 5.30AM OF SUNDAY 3RD MAY, MY ABDUCTED TWIN KIDS ARE RELEASED TO ME BESIDE A BUSH AFTER 8DAYS IN AN UNKNOWN LAND. THANKS TO U ALL FOR FOR YOUR PRAYERS AND SUPPORT, JAZAKUMULLAHU KHAIRAN. ABERE MI BO SINU OKUN, OLOUN YO PADA FUN MI.“