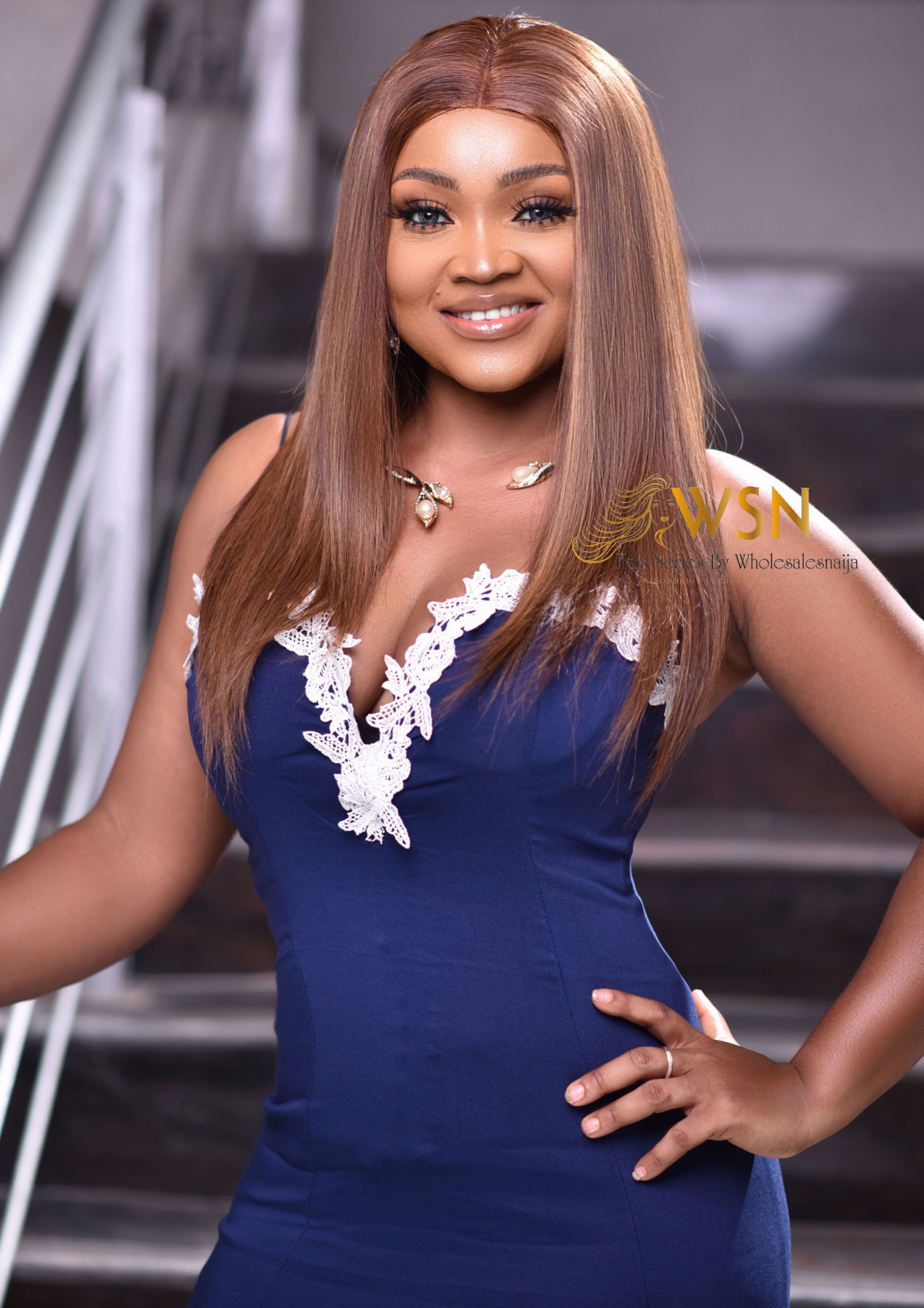 Nollywood star actress, Mercy Aigbe has confessed that she had a crush on legendary Nigerian singer, 2face Idibia (2baba) for a long term.

The actress made the revelation during an Instagram live session with Gbenga Adeyinka during the week.

After Adeyinka played ‘African Queen’ while on the video call, Aigbe said with a blushing smile, “Don’t tell anybody o. For a very long time, I had a crush on 2baba.”

The beautiful actress went ahead to reveal that Liz Benson and Sola Sobowale were those she admired and who inspired her before she got into the film industry.

“Coming into the industry, there were two people I admired a lot— Liz Benson and Sola Sobowale. Liz Benson was just so beautiful and she still is. I absolutely loved her back then. I also loved the way Sola Sobowale interpreted her roles. She inspires me whenever I see her on a movie set,” she said.

Aigbe also narrated her funny first-time encounter with her role model, Sola Sobowale which according to her, happened on the production set of a movie titled ‘Ohun Oko So Mi Da’.

“The movie was produced by Aunty Sola and I was shivering when I got to the set. I asked myself, ‘Would I be able to act in the presence of my role model?’ I went to a corner and prayed to God and told myself, ‘This is my opportunity. I shouldn’t allow Aunty Sola overshadow me. I should let my star shine,’ she narrated.

“Unfortunately for me, in that particular scene, I wasn’t meant to talk at all. I acted the role of her husband’s secretary and was dating her husband. She came to my character’s house to warn her. I was not supposed to say anything but I thought that as an up-and-coming actress, she would just kill my ‘star’ if I didn’t say anything. Guess what I did. I gave myself lines. As she was ranting, I was reacting to her rants. When she held me, I put my hands inside her brassiere. She just told the director to end the scene at that point, asking where they found ‘this kind of girl’.”

Apart from professional role models, Mercy Aigbe added that her doggedness and consistency are virtues she learnt from her mother.

She added, “I learnt being dogged from my mum. She is a very strong woman, who never gives up. She is very consistent and hardworking. I believe that whatever one wants to do, one has to keep at it until one succeeds.”