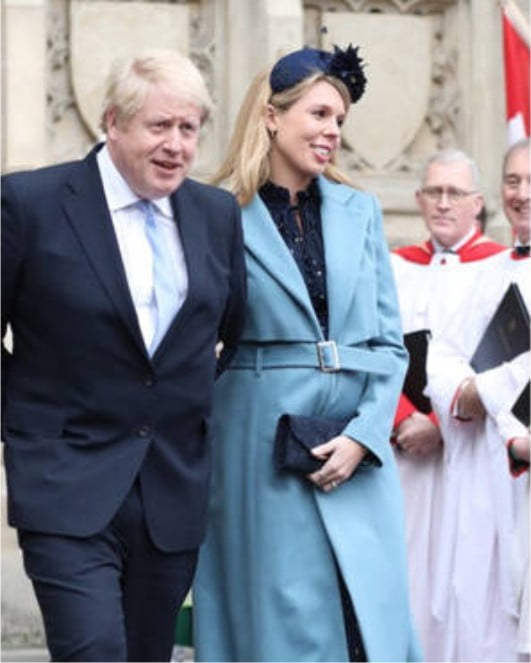 UK Prime Minister Boris Johnson and his fiancee Carrie Symonds have announced the birth of a baby boy.

Naija News Understands that the lovers welcomed a “healthy baby boy at a London hospital earlier this morning”, they said in a statement.

The mother and baby are said to be doing well.

“The prime minister and Ms. Symonds are thrilled to announce the birth of a healthy baby boy at a London hospital earlier this morning. Both mother and baby are doing very well,” a

“The PM and Ms Symonds would like to thank the fantastic NHS maternity team.” a spokesperson for the couple said.

Mr Johnson, 55, and Ms Symonds, 32, announced in March they were expecting a baby in “early summer”, and that they had become engaged at the end of last year.

The birth comes on Mr Johnson’s second day back at work after weeks in hospital battling coronavirus. Mr Johnson has previously suggested he intends to take paternity leave, although it is not known if this remains the case given the coronavirus crisis.