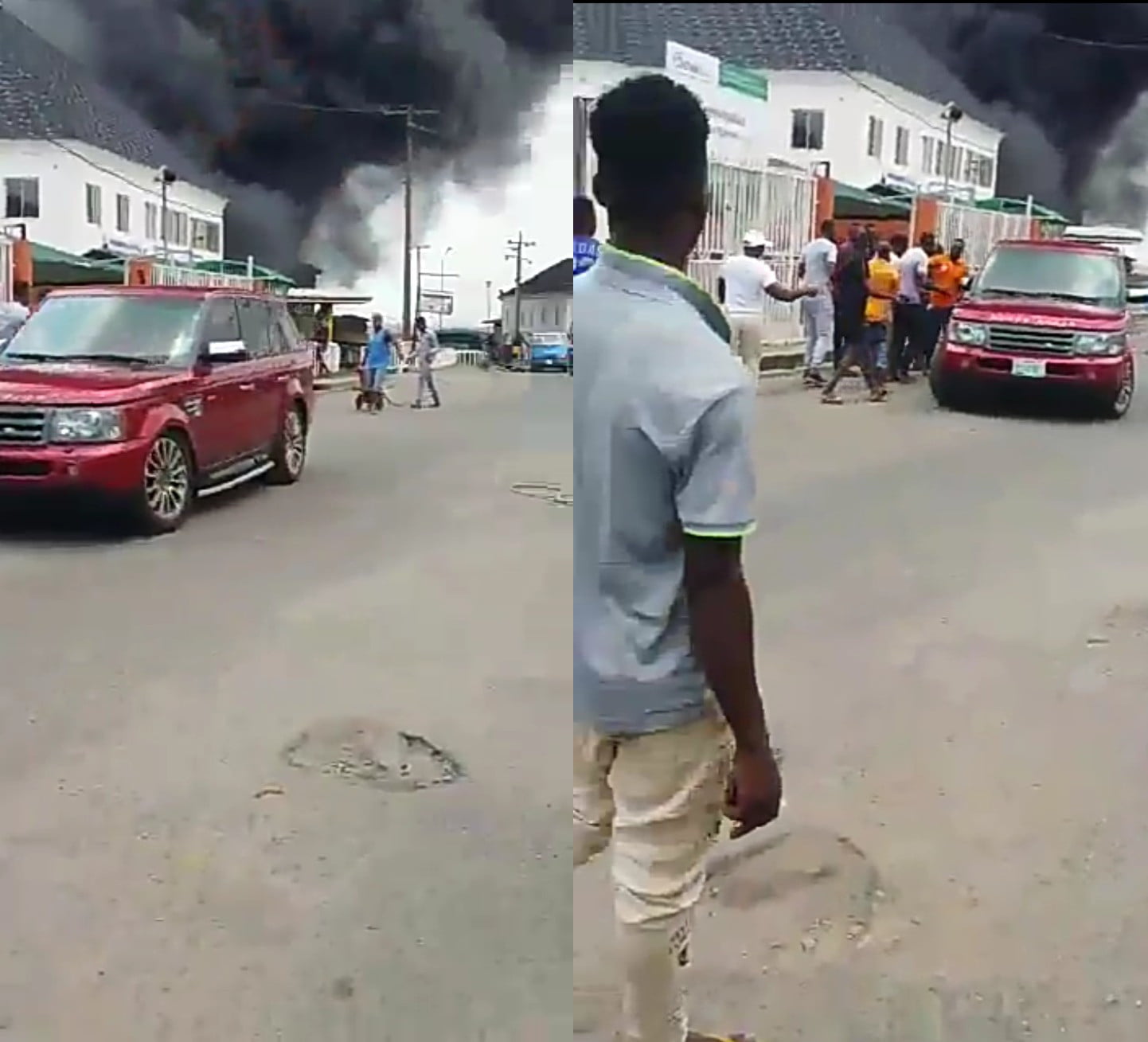 While concerned residents were trying to give a helping hand during the recent fire outbreak that occurred at an NNPC petrol station located at the petrol station in Yaya Abatan area of Ogba of Lagos State, an unfortunate incident again happened which has kept many wondering how cruel some people have become.

According to reports, while people were busy helping to move out cars from a car dealership very close to the scene of the fire, a man yet to be identified who also joined the good Samaritan allegedly drove off with one of the cars.

Naija News learnt that the man who joined others in the name of helping out with the cars to avoid further damage from the fire made away with a red Range Rover Sport 2008 model.

See below photo which shows the moment the Range Rover was driven off.

To further confirm the incident, two concerned residents shared below more details of the stolen vehicle. 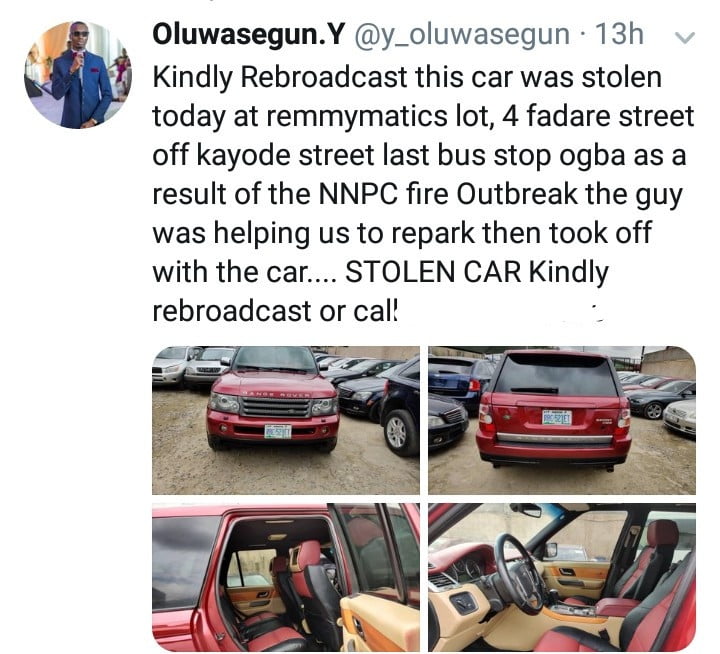 Meanwhile, Naija News had reported earlier that firemen from Lagos and Federal Fire services have been deployed to the scene and were combating the inferno.