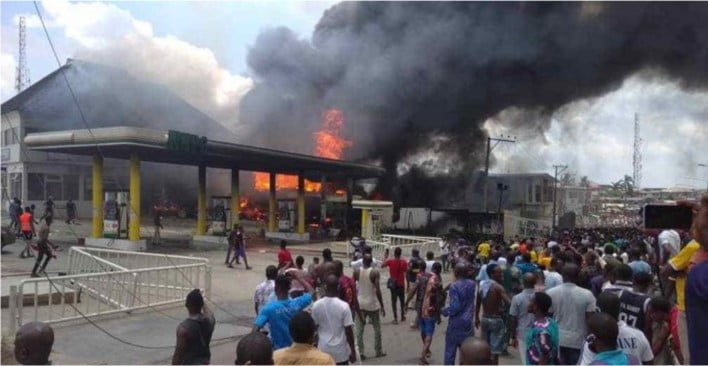 More detail has been gathered with respect to the latest fire outbreak at the petrol station in Yaya Abatan area of Ogba of Lagos State.

According to the report gathered, Many people have been trapped at the petrol station and some resident that has been gutted by fire.

Naija News learnt that The outbreak which started around 1pm at College Road, was caused by a petrol tanker allegedly discharging its content.

Some houses nearby are said to have been affected by the fire.

At the time of this report, firemen from Lagos and Federal Fire services have been deployed to the scene and were combating the inferno.

Confirming the incident, the Director-General (DG) Lagos State Emergency Management Agency (LASEMA) Dr. Femi Oke-Osanyintolu said: “It was observed that a tanker inside the NNPC caught fire which culminated to the spread of the fire to buildings nearby.

Residents around the area also  alleged that the fire outbreak was as a result of the mishandling of facilities at the station by staff.

here are pictures  of the fire incident below 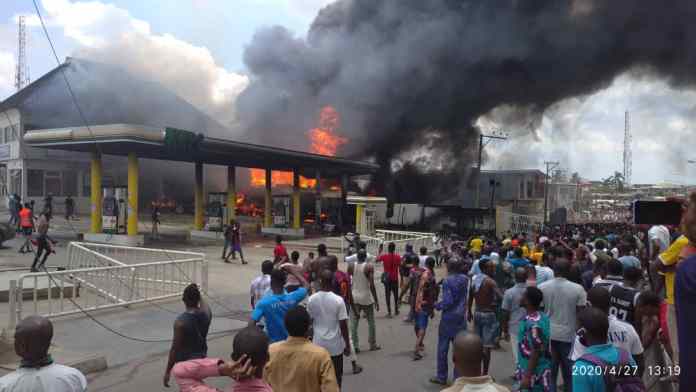 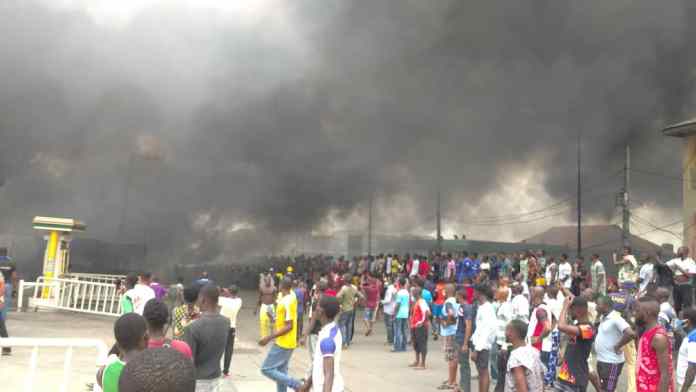