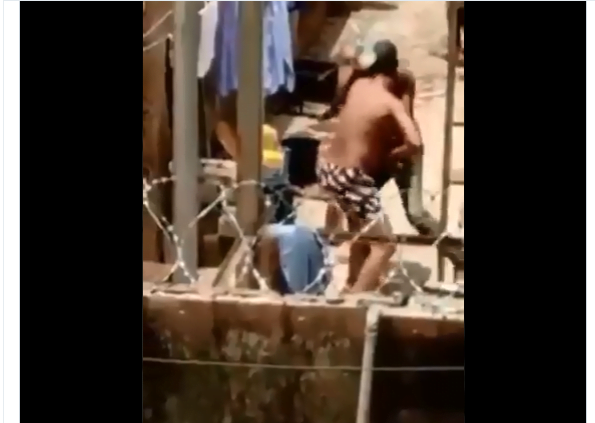 In a now-viral video online, two married men engaged in bloody combat in Anambra State and reportedly killed themselves in the process.

The horrible incident started as seen in the video below, after the wives of the duo who resides in the same compound engaged in an argument which escalated to their husbands.

Naija News understands that efforts by residents in the compound to put a stop to the bloody fight proved abortive as the two men were exchanging hits with deadly weapons such as bottles, chairs and other metals at in disposal.

It was unfortunate that the two reportedly killed themselves in the dreadful fight amid the Coronavirus lockdown despite cries from their wives to end the fight.

"@gidifeedtv: Two married men living in the same compound got into a fight during lockdown in Anambra state because their wives got into an argument , killing themselves in the process. @Gidi_Traffic 1 pic.twitter.com/oC9UVXyV1p