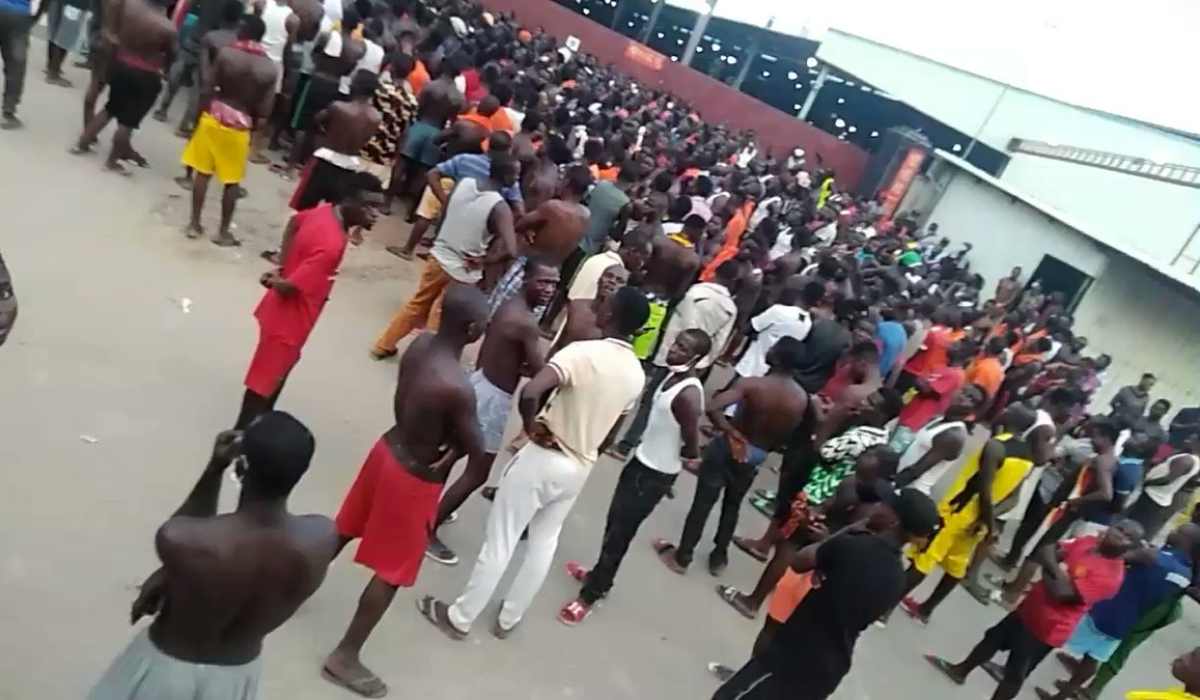 A Chinese company in Ogun State has come under serious criticism or allegedly locking over 100 Nigerian workers in its premises without proper feeding in Ogun state.

Naija News understands that the Chinese company, Goodwill Ceramics located in Ogun Guangdong Free trade zone Igbesa in Ogun state, held back Nigerian staff inside its premises for 14 days of the lockdown.

In a video now making the rounds on social media, the “youth” were, however, said “to be angry because they were hungry”.

Some of the protesters were heard saying “no more management. This management should have sorted this since yesterday, pay us at least two-two month salary.”

It also appeared the protesters were destroying some parts of the company’s facility.

But Abimbola Oyeyemi, police spokesperson in Ogun, said it was an issue between the company and its workers, and not a case of angry youths going about to destroy Chinese facilities as the video is being portrayed in some quarters.

“Nobody is attacking. What happened is a dispute between the workers and the management of that company,” he said.

“The workers said since the lockdown started, the management of the company did not allow them to go out of the company; that they locked them inside. So that was what sparked the protest.

“It was the workers that were having problem with the management and it has been resolved. The incident happened three days ago. It is not as if members of the public are attacking the company, no.”

See the series of the video below: