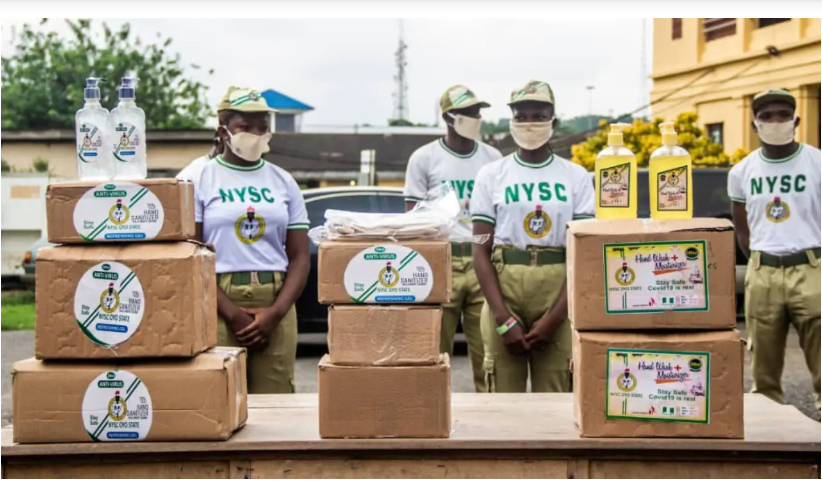 National Youths Service Corps (NYSC) members currently serving in Oyo State have contributed their quota to the battle against Corovirus (COVID-19) in the state as they made a donation of hand sanitizers made by them, including face masks to the Oyo State Government.

Naija News understands that the Oyo State NYSC Coordinator, Mrs Grace Ogbuogebe on behalf of the corp members presented the items to the state government on Tuesday, April 14, 2020. 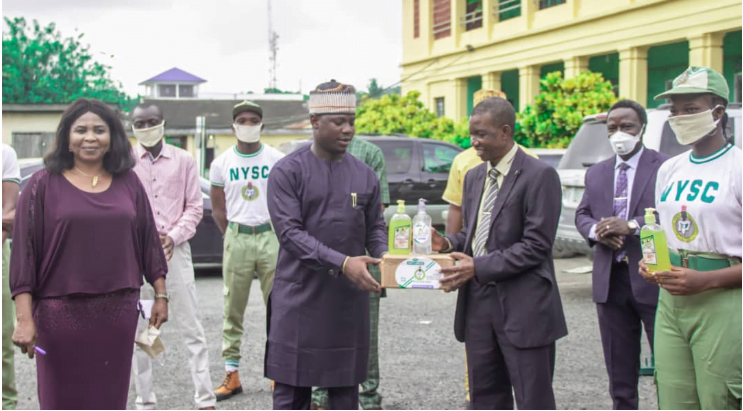 Speaking at the event where the NSYC corps presented the items, Mrs Ogbuogebe noted that the NYSC in Oyo State would is ready to support the state government in its capacity to ensure victory in the battle against the COVID-19 pandemic which has killed many in across the world.

According to her, the Corps members have been challenged to complement the effort of the Oyo State government is fighting the spread of the pandemic since its outbreak in the country.

“Following this challenge and the directive of the Director General of the scheme Brig. Gen Shuaibu Ibrahim, NYSC Oyo Corps members ventured into the production of these protective items to compliment the effort of the state government in curbing the pandemic,” she said.

“The items which were produced by the Corps members under the SAED project is 99% WHO standard,” Ogbuogebe was quoted saying.

She added, “In this trying period which requires collective efforts and expertise, the NYSC Oyo State has taken up the challenge to assist the State Government within its capacity to combat the pandemic,”

On his part, while receiving the donations on behalf of the Oyo State Government, Commissioner for Health, Dr. Bashir Bello, applauds the Corps members for such a huge effort put together, and their kind gesture.

“The support of the scheme was an encouragement to the frontline medical personnel while calling on the Corps members to continue upholding the ideals of the National Youth Service Corps,” said Dr Bashir.

Meanwhile, in a report earlier, administrators of the N-Power scheme, a social investment programme of the Federal Government led by President Muhammadu Buhari has confirmed when beneficiaries will get their outstanding benefits.