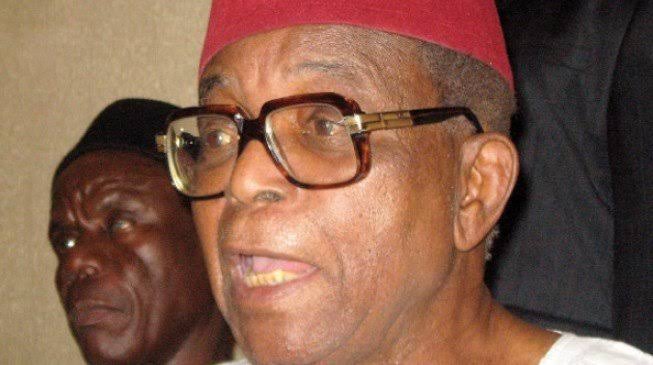 Late Ambrose Alli‘s son, Andrew Alli says his family never believed that his father, the late governor of the defunct Bendel state was guilty of any crime levelled against him.

This Andrew said, while reacting on behalf of his family to the posthumous presidential pardon which was granted to his father by President Muhammadu Buhari on Thursday.

Ambrose Alli served as the first civilian governor of former Bendel state between 1979 and 1983.

He was a medical professor who was sentenced to 100 years in prison by a military tribunal during the military regime of Buhari for allegedly misappropriating N983,000 in funds for a road project.

However, he was later freed when Gabriel Igbinedion, Esama of Benin, paid a fine to the government.

He died on his 60th birthday on September 22, 1989, at the Lagos University Teaching Hospital (LUTH).

His son, Andrew however said, his family is yet to be officially informed of the development, adding that they only learnt of the pardon via social media.

He then thanked the president, for the gesture.

Also, he expressed his gratitude to Godwin Obaseki, governor of Edo state, for acting as a catalyst to the development.

According to Andrew, the presidential pardon is a testimony to the fact that his father did no wrong “other than giving his all to improve the lot of the people of the former Bendel”.

“We are aware of the announcement concerning the pardon of my father, Professor Ambrose Alli, made by the Government, via its social media pages,” Andrew wrote.

“Although we are yet to receive any direct official communication on this matter, we are pleased to hear that our father/uncle/brother/grandfather has received a presidential pardon.

“We have never believed that he was guilty of anything, other than giving his all to improve the lot of the people of the former Bendel State and, indeed, Nigeria. This is demonstrated by the enduring legacy that he left.

“We thank his excellency, President Buhari, as well as his excellency Governor Obaseki, and all those who have supported the process inside and outside government, for their recognition of this fact.”