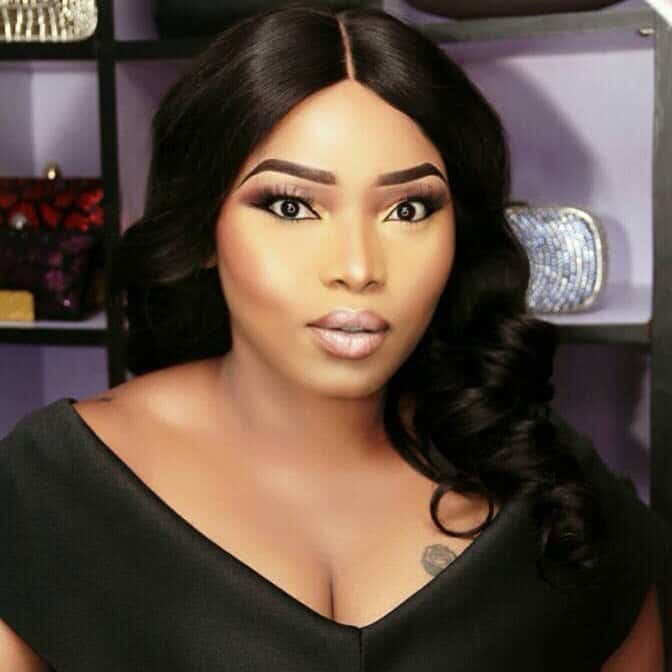 Nollywood actress, Halima Abubakar has been accused by an American woman of using her baby’s picture to announce the arrival of her own baby.

Naija News recalls the 34-year-old Abubakar announced the arrival, of her baby on Monday, April 6, 2020.

However, the actress has been called out on social media by an American mum simply known as Ariel with the Instagram handle, @the_arielb for allegedly stealing her baby photo and pretending to use it as hers in announcing the arrival of her baby.

As at the time of filing this report, the actress was yet to react to the allegation. The development has however attracted reactions from people on Twitter.

See some of their reactions:

What social media will do to some people in this life.. I wonder if Actress Halima Abubakar really had a baby.. Abi her pikin no get hand? Why would she steal someone else’s baby picture.. ????.. Shame.. pic.twitter.com/1BzV73jznP

This halima abubakar drama just made me remember when Oge okoye stole a foreigner dog picture and uploaded it as hers.
These same celebrities are the ones that will come and tell us we are poor if we drag them. pic.twitter.com/HIj9fMEzh7

Forget what any lady says.

Every lady want a man of their own, so as their own child. Forget all this feminist shit.

Halima Abubakar stealing someone’s baby’s photo and posting it as hers said it all. This celebrity are fucking lonely asf

Halima Abubakar went to download another woman’s baby picture just to lie that she has given birth on Instagram,

Now the real mother of the baby is showing receipts.

Halima Abubakar is just shameless.. Shameless to the point of sharing someone elses baby thumb claiming it’s hers, now that the owner called you out what more can you say??

These celebrities are unbelievable. The desire for online gratification and endorsements will have them exhibiting foolery in humongous proportions. What was that entity Halima Abubakar even thinking? Fake life will be the end of some of you tueh..