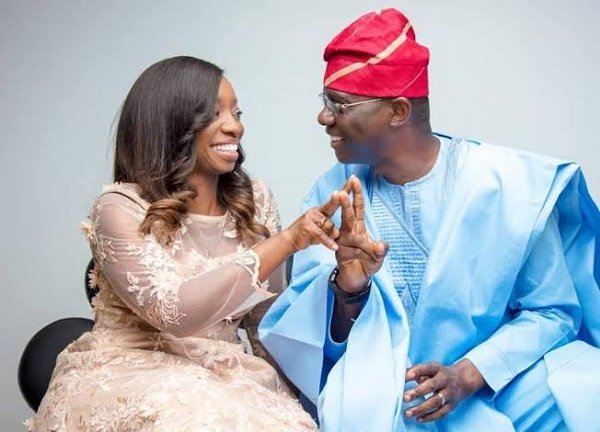 Wife of Lagos State governor, Babajide Sanwo-Olu, Dr. Ibijoke Sanwo-Olu has cried out over some persons impersonating her by using her details to set up a social media account.

According to reports from the Office of the Lagos State First Lady, parody Facebook accounts have been created with her details.

Speaking on behalf of the First Lady, Mrs. Olubukonla Nwonah, Assistant Director, Public Affairs, Office of Lagos State First Lady, on Thursday alerted that Facebook accounts have been set up in her stead by scammers and are using the same to carry out fraudulent activities.

She said ”They impersonate the first lady with the aim of deceiving unsuspecting members of the public.

”Please be informed that the First Lady of Lagos State, Dr (Mrs.) Ibijoke Sanwo-Olu does not operate or maintain any personal account on Facebook.

”Her official account known as the Office of Lagos State First Lady is operated by her Media Unit.”

However, she noted that the social media App owners have been notified of the ongoing, as well as relevant security agencies.

The First Lady, however, urged the general public to be careful of operations carried out by these individuals.