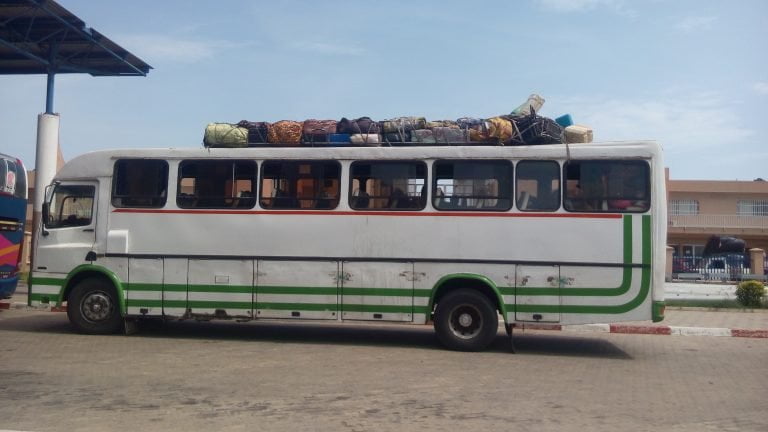 Lagos State Ministry of Health officials on Wednesday, April 8 quarantined 67 Ivory Coast returnees who were said to have been delayed on their journey back home since on Sunday following border closure in neighbouring countries to Nigeria due to the Coronavirus outbreak.

The Sixty-Seven returnees which include Men, women and children reportedly arrived at the Seme Border in a luxurious bus with the plate number; Osun XA 240 EJG.

Naija News understands that Ghana, Togo and Benin Republic all had its borders closed due to the global pandemic, which was why the returnees were delayed of their trip and to have arrived Nigeria at about 4 pm on Wednesday.

Reports revealed that most of the returnees hails from Ejigbo in Osun State, but decided to return to their motherland due to the COVID-19 outbreak.

Confirming the report, the spokesperson of the Nigerian Immigration Service (NIS), Mr Sunday James said that “sixty-seven (67) returnee Nigerians from Abidjan arrived today (Wednesday) at Seme Control Post where the NIS Operatives received them and handed them over to the Lagos State Government represented by the Special Assistant Health to the Executive Governor of Lagos State Dr. Tunde Ajayi after thorough profiling.”

In another news, Naija News reported that the Minister for Federal Capital Territory, Muhammed Musa Bello, on Tuesday, inspected the facilities and equipment of a newly constructed isolation center for patients with COVID -19 in Abuja.