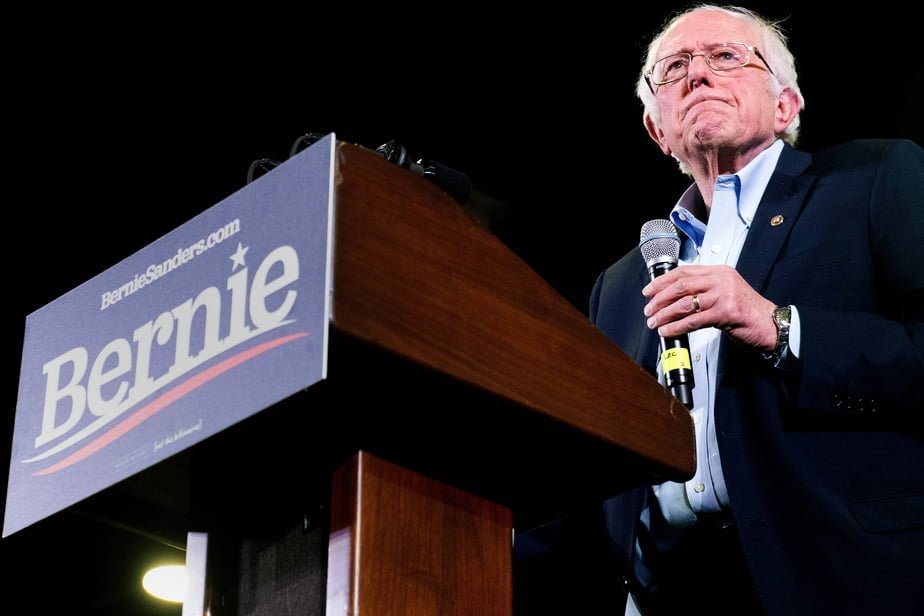 After a campaign shaken by twists and turns, Bernie Sanders abandoned the race for the White House on Wednesday while promising to work with Joe Biden, now the assured winner of the Democratic primary, who called for the rally to beat Donald Trump.

While announcing to his supporters that he was throwing in the towel, the independent senator greeted Joe Biden as a “very respectable man” and affirmed that he would work with the more moderate candidate in order to advance his program firmly anchored on the left.

Today I am suspending my campaign. But while the campaign ends, the struggle for justice continues on. https://t.co/MYc7kt2b16

Acknowledging the real tensions between the two camps, the 77-year-old former US vice president quickly reached out to supporters of 78-year-old Bernie Sanders.

“I know I have to win your votes. And I know it may take time. But I want you to know that I see you, that I hear you, that I understand the sense of urgency that drives you, “wrote the man who will face Donald Trump on November 3.

And to Bernie’s supporters: I know that I need to earn your votes. And I know that might take time. But I want you to know that I see you, I hear you, and I understand the urgency of this moment. I hope you'll join us. You're more than welcome: You're needed.

Bernie Sanders has announced that he will compete in the remaining primaries to accumulate more delegates which will allow him “to exert significant influence on the party program”.

“Then together, together, we will advance to beat Donald Trump, the most dangerous president in modern American history,” he added in a speech broadcast online from his home in Burlington, Vermont .

Bernie Sanders thus ends his second attempt to win the Democratic nomination after a series of heavy defeats against the former vice-president of Barack Obama, more moderate.

The independent senator admitted that the advance accumulated by Joe Biden was now unattainable.

Despite a heart attack in the fall of 2019, he had triumphantly entered the Democratic primaries while Joe Biden suffered stinging defeats in February. But in a spectacular about-face, the latter had suddenly regained the upper hand, before chaining the victories.

While all Democrats agree on one big goal, to beat Donald Trump on November 3, Joe Biden has successfully argued that he attracted the votes of black people as well as white workers and independent women. Three essential voter groups for any Democrat running for the White House.

The coronavirus pandemic then came to upset the campaign, forcing the cancellation of meetings, the postponement of fifteen primaries and sending the candidates home.

“Seeing the crisis hitting the country I cannot, in good conscience, continue to run a campaign that I cannot win,” said Bernie Sanders.

Joe Biden will have to be officially nominated candidate by the party at the time of a democratic convention, which was postponed until August 17 because of the pandemic.

Party chairman Tom Perez called for the “rally” to “send Joe Biden to the White House”.

At the end of a campaign that had seen an unprecedented number of candidates, displaying record diversity, Joe Biden promised to choose a woman as running mate.

Bernie Sanders is OUT! Thank you to Elizabeth Warren. If not for her, Bernie would have won almost every state on Super Tuesday! This ended just like the Democrats & the DNC wanted, same as the Crooked Hillary fiasco. The Bernie people should come to the Republican Party, TRADE!

After a fierce battle, Bernie Sanders had already lost the Democratic primary to Hillary Clinton in 2016.

Despite his defeats, this self-proclaimed socialist, in a country where the word is very connoted on the left, had a significant influence on the party, by putting at the heart of the debate proposals which seemed still extreme to many four years ago, as on universal health coverage.

“Together we have transformed American consciousness about the type of nation we can become,” he said.

“Although our campaign is ending, our movement is not” dead, said Bernie Sanders. ” The struggle continues “.

Donald Trump reacted by asserting that “Joe asleep”, as he nicknamed his great rival, would have trouble winning the support of progressive supporters of Bernie Sanders.

Several progressive youth organizations have also sent an open letter to the former vice-president reminding him that he had “been unable to win the votes of the vast majority of voters under the age of 45 during primary school.”

“An exclusively anti-Trump speech will not be enough to send a candidate to victory,” they warned, calling on him to seize the “bold ideas” that had galvanized them, on the fight against change. and firearms, the overhaul of health systems and immigration.

Joe Biden insisted that they heard them: “If Sanders stopped his campaign, its impact on this election and the elections to come is far from over”.