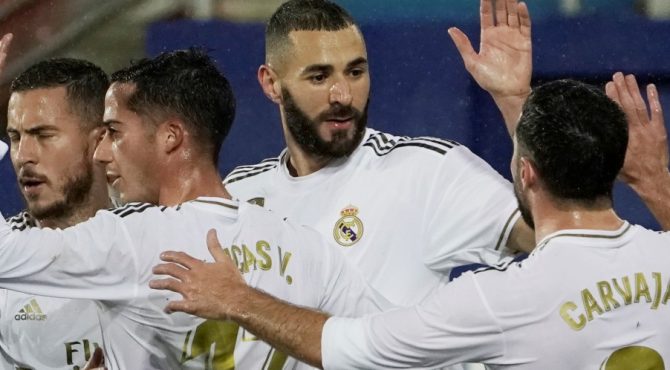 Real Madrid has just revealed that a reduction in wages has been decreed in its football and basketball clubs.

Almost a week after its rival from Barcelona, ​​Real Madrid resolved to lower the salaries of its professional football and basketball players and their staff during the period without competition. In order to help the club hold on economically, and while the championship has been interrupted for a month, the best paid within the Castilian institution will reduce between 10 and 20% of their income. The exact amount will depend on the duration of confinement.

“The players and coaches of the first Real Madrid football and basketball teams, led by their captains, and with the main club leaders have agreed to voluntarily reduce their wages for this year by 10-20%, due to the circumstances that could affect the end of the 2019-2020 sports season, “the club said in a statement. “This decision, adopted by the players, coaches, and employees, will avoid traumatic measures that would affect other workers, as well as contribute to the economic objectives of the institution in the face of the loss of income it will suffer these coming months as a consequence of the suspension of activities and the paralysis of most commercial activities ”.