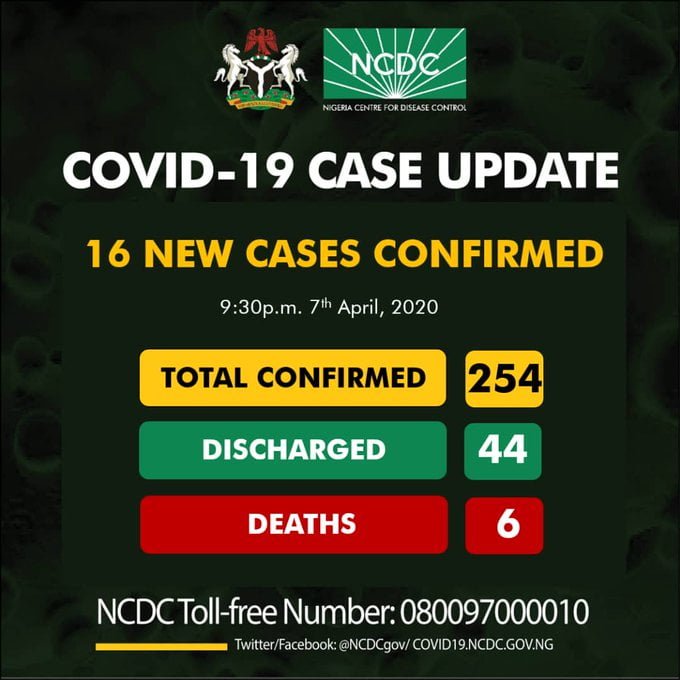 The NCDC made this known on Tuesday night on its Twitter handle.

“As at 09:30 pm 7th April, there are 254 confirmed cases of #COVID19 reported in Nigeria. Fourty-four have been discharged with six deaths”

Meanwhile, nearly 2,000 people infected with the new coronavirus have died in the United States in the past 24 hours, according to a count at 8:30 p.m. local time at Johns Hopkins University. It is the worst daily report in the world since the start of the pandemic.

The United States alone has more than a quarter of the officially declared cases worldwide: 396,223 in total, or 29,609 more in one day, according to figures from Johns Hopkins, continuously updated.