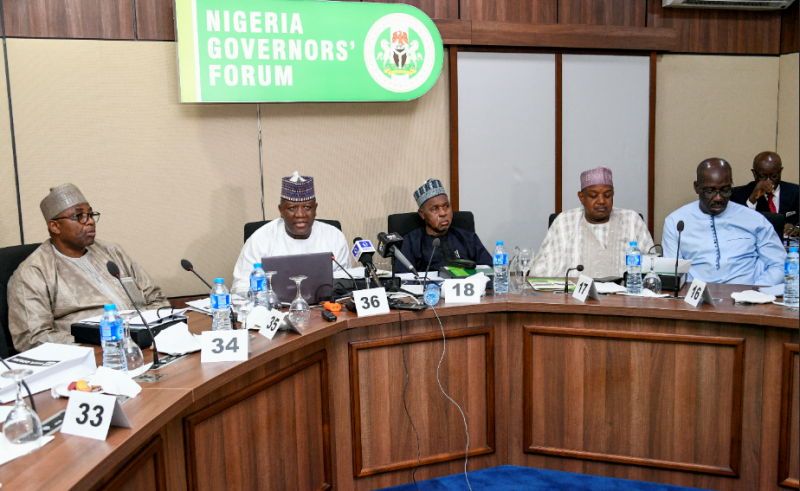 President Muhammadu Buhari-led government has been called on by the Nigeria Governors Forum, to suspend all states’ deductions and restructure all debt service following the outbreak of Coronavirus in the country.

NGF also called on the Federal Government to initiate fiscal measures to safeguard the liquidity of state governments.

The forum made this demands in a statement released by the NGF Chairman and Ekiti Governor, Kayode Fayemi, on Friday.

The statement was released after the second COVID-19 Teleconference Meeting the governors held with the Minister of Finance, Zainab Ahmed and Minister of Humanitarian Affairs, Sadiya Umar Farouq.

The governors revealed the need to help Nigerians who are no longer making income with relief packages.

It read in part: “Forum called for urgent fiscal measures to safeguard the liquidity of State governments, including the acceleration of an arrangement to suspend all State deductions and restructure all debt service payments on the federal government and CBN-owned debts.”

“Members also received a stimulus incentive from the Federal Government to support vulnerable households across states to cope with the expected loss of income and livelihoods in the coming months.”

The Governors expressed commitment to lead the effort through state focal persons in charge of social protection to ensure that palliatives, including food and cash transfers to Nigerians.

“Members also discussed the legality or otherwise of lockdowns in other states around the country and resolved to maintain the status quo until the Chairman and Governor of Ekiti State resolved the matter with the Presidential Committee on COVID-19.”