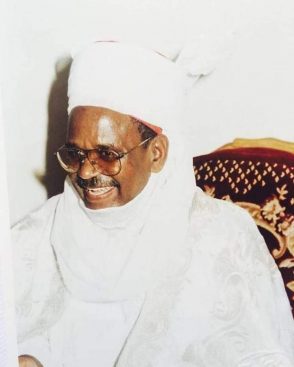 The death has been reported of the Emir of Jere in Kaduna state, Dr. Sa’ad Usman. Jere is located in Kagarko Local Government of the state.

The late Emir was said to have been battling some injuries sustained after a misunderstanding between himself and the locals in his community before he passed away on Wednesday.

His death was confirmed by his brother, Aminu Jere, on Wednesday adding that his funeral prayers will hold by 2pm the same day (Wednesday).

Naija News understands that he was the husband of Esther Nenadi Usman, Nigeria’s Minister of Finance during the administration of ex-President Olusegun Obasanjo.

Among many other prominent positions held during his lifetime, Dr. Usman was also a former secretary of the Kaduna State Government.