President Muhammadu Buhari has decided to prove his availability to Nigerians as he will be speaking later today in a live telecast.

Naija News Understands this was disclosed in a statement released by his Special Adviser on Media and Publicity, Garba Shehu.

According to the statement, the live television broadcast is scheduled for 7 pm.

Adesina said: “President Muhammadu Buhari will broadcast to the nation Sunday, March 29, 2020, at 7 pm.“Television, radio, and other electronic media outlets are enjoined to hook up to the network services of the Nigerian Television Authority (NTA) and Federal Radio Corporation of Nigeria (FRCN) respectively for the broadcast.”

Here is Garaba Shehu’s tweets about President Live broadcast below 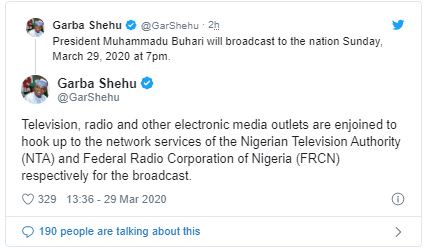 The scheduled broadcast comes amid mixed reactions triggered by what some described as the inability of the President to address the people against the backdrop of coronavirus (COVID) in the country and fuelled speculation about his health .

Despite the measures put in place by the Federal and state governments to curtail the spread of the disease, the number of confirmed cases in the country surged to 97 as of 10:40 pm on March 28, 2020.

Here are the screenshots of the reactions of Nigerians 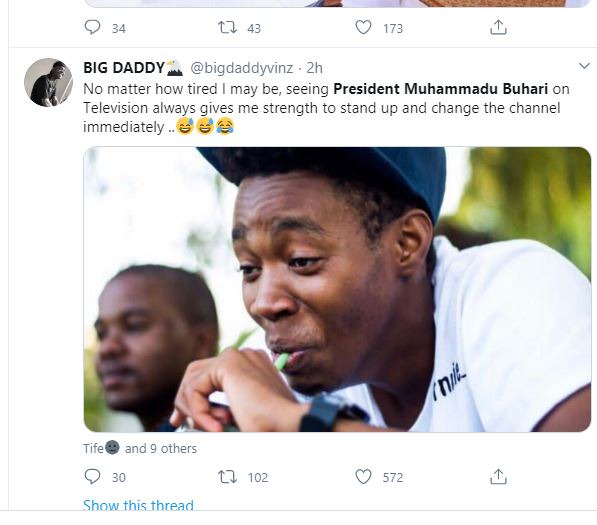 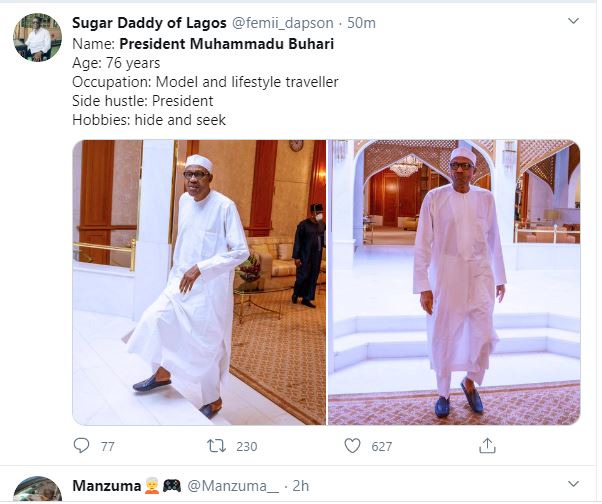 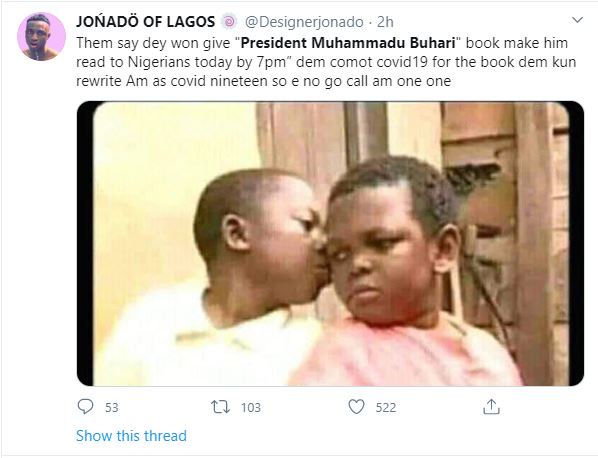 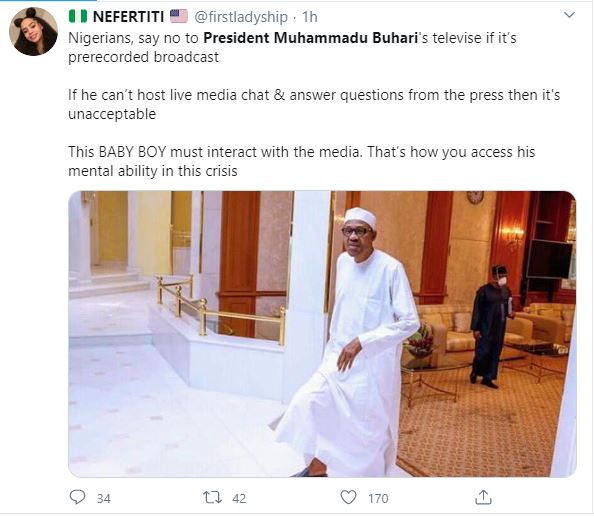 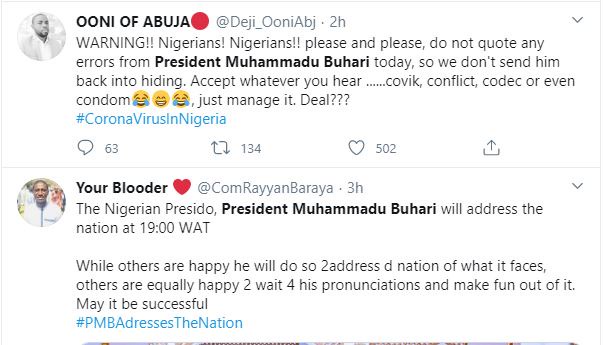 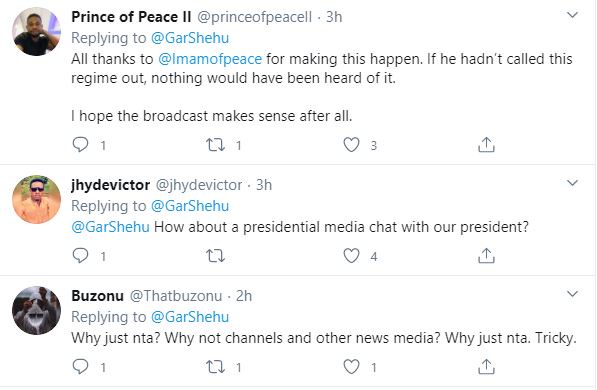