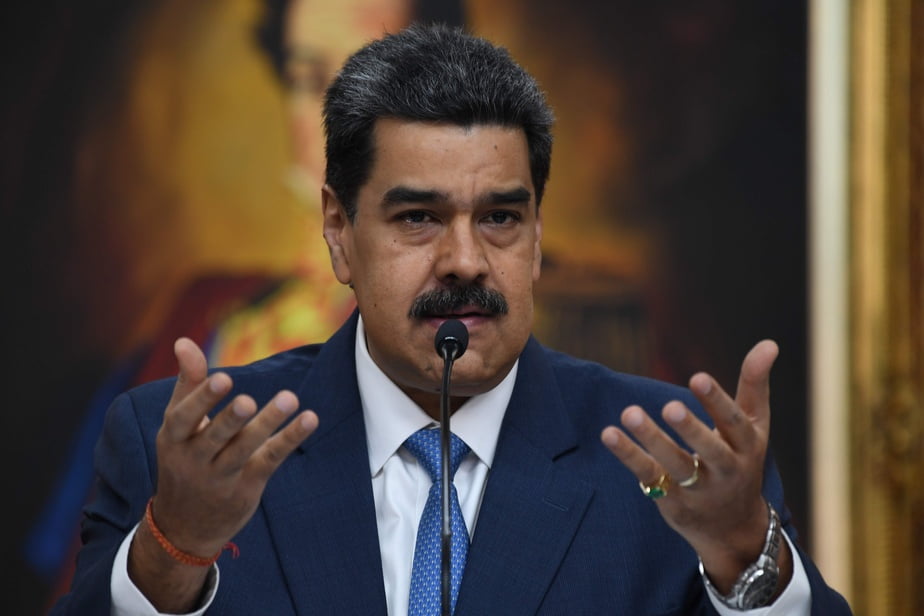 The United States announced Thursday that Venezuelan President Nicolas Maduro, and others close to him, have been charged with “narcoterrorism”, further increasing pressure on the socialist leader whom the US wants to be ousted.

Washington is offering a bounty of up to $15 million for any information that would lead to his arrest.

“We want him to be captured so that he can answer for his actions in a US court,” said Justice Minister Bill Barr at a news conference held by video conference over the new coronavirus.

Asked about the advisability of such an announcement in the midst of a health crisis, the minister judged that it was “the best way to support the Venezuelan people” who, like a third of humanity, are called to remain confined to their homes. after the confirmation of a hundred cases of COVID-19.

“Right now, we have to do everything we can to rid the country of this corrupt clique,” said Bill Barr.

However, he declined to say whether the United States was considering intervening in Venezuela to arrest him or issuing an extradition request against the president and his co-defendants.

“There are several options, but my hope is that the Venezuelan people will soon be in a position that will allow them to hand them over to us,” he said.

Besides Nicolas Maduro, the number two of the presidential party, Diosdado Cabello, and several high ranking officers are suspected by Washington of having formed around 1999 “the cartel of los Soles” (the cartel of the suns) with reference to the insignia placed on the uniforms of officers in Venezuela.

They are accused of associating “with an extremely violent terrorist organization, the Revolutionary Armed Forces of Colombia (FARC), in an effort to flood the United States with cocaine,” said Barr.

The guerrillas signed a peace agreement in 2016, but “dissidents continue the drug trade and the armed struggle,” said the minister. According to him, “they obtained the support of the Maduro regime which authorizes them to use Venezuela as a rear base”.

Two FARC leaders are the subject of the indictment adopted by a New York court. The accused are liable to life imprisonment.

“Maduro deliberately used cocaine as a weapon” to devastate populations in the United States, assured federal prosecutor Geoffrey Berman responsible for the file.

According to the indictment, he enriched himself in the process, notably accepting in 2006 five million dollars from the FARC after helping them launder money.

Prosecutions have also been initiated in Miami against the head of the Supreme Court of Venezuela, Maikel Moreno Perez, accused of “money laundering”, and in Washington against Defense Minister Vladimir Padrino Lopez for drug trafficking.

At the head of Venezuela since 2013, Nicolas Maduro was re-elected for a second term in 2018 after a boycott election by the opposition, which rejected the results, like much of the international community.

The United States, along with sixty countries, supports the Venezuelan opposition leader Juan Guaidó, whom they have recognized as interim president.

Washington has since tried to suffocate the government of Nicolas Maduro with a series of economic sanctions. The stated objective of Donald Trump is to contribute to the ouster of the successor of Hugo Chavez, a great slayer of “North American imperialism”.

But the latter retains the support of China, Russia and Cuba, and support for Juan Guaidó begins to run out of steam in the country.