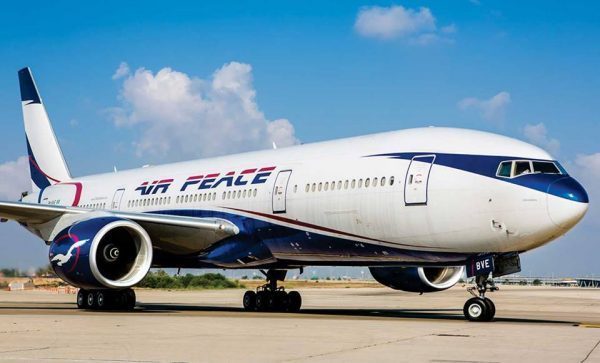 Air Peace has revealed that the passenger that fell sick on its flight from Lagos-Kano on Tuesday does not have the dreaded Coronavirus.

The airline in a statement released noted that the passenger only suffered from motion sickness.

There were reports about a suspected case of COVID-19 on the flight, which led to the captain declaring a medical emergency upon landing.

Air Peace in an effort to clear the air noted that the passenger was a 13-year-old boy, who was flying for the first time.

The airline said the passenger vomited in the aircraft while it was airborne, adding that the captain informed air traffic control and Port Health Services about the development before the flight landed at the Mallam Aminu Kano International Airport, Kano.

“We did not carry any passenger that has COVID-19. What happened was that a 13-year-old boy was travelling by air for the first time. He was with his parents. While airborne he started vomiting. The pilot promptly called Port Health, even when it was obvious that he was suffering from flight phobia.”

“Unfortunately, some officials at the airport made a video of the aircraft when it arrived and shared it on social media and misinformed the public that the aircraft had a COVID-19 suspect,” the Chief Operating Officer of Air Peace, Mrs Toyin Olajide, said.

Air Peace added that the flight waited for about 50 minutes so that officials from Port Health Services could attend to the boy.