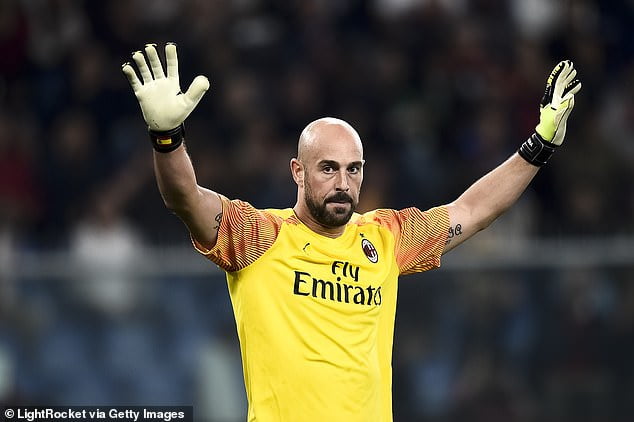 Reina who currently presently keeps for Premier League side, Aston Villa believes he has been infected with COVID-19 following some strange symptoms related to the killer virus.

According to the Spanish Goalkeeper, he ‘went through the bug’ last week’, although he revealed that he has not been officially diagnosed with the illness yet, but that the symptoms he experienced recently are much related.

Speaking in an interview recently with radio station Cope, Reina said: “Last week it was my turn to go through the bug,’ he told radio station Cope. ‘It has been a different week, of taking precautions not to infect the people who live with me.”

“Here tests are not conducted unless you are [in a] very bad [state]. Speaking to the doctors, the symptoms I had were of it, without official confirmation of it but everything pointed to it.”

“We are very privileged people. We have a big house, with a garden. I think of the people who live in a 70m squared apartment with two children and for me they are people who are showing a lot of strength,” he said.

Speaking about when the English Premier League will resume games, Reina from his statement believes that health is a thing that matter first to him.

He said, “Football takes a back seat. I don’t care much, really. Everyone’s wellbeing goes above anything else.”

“I don’t know if we will play again this season. We have to be careful when talking about dates or deadlines. I understand that there are economic interests and a lot at stake, but as in any other sector.”

“There’s no point in playing without fans [in the stadium]. People have to enjoy it. We feel more fulfilled with fans. Beyond that, whatever is healthier and safer will be done.”