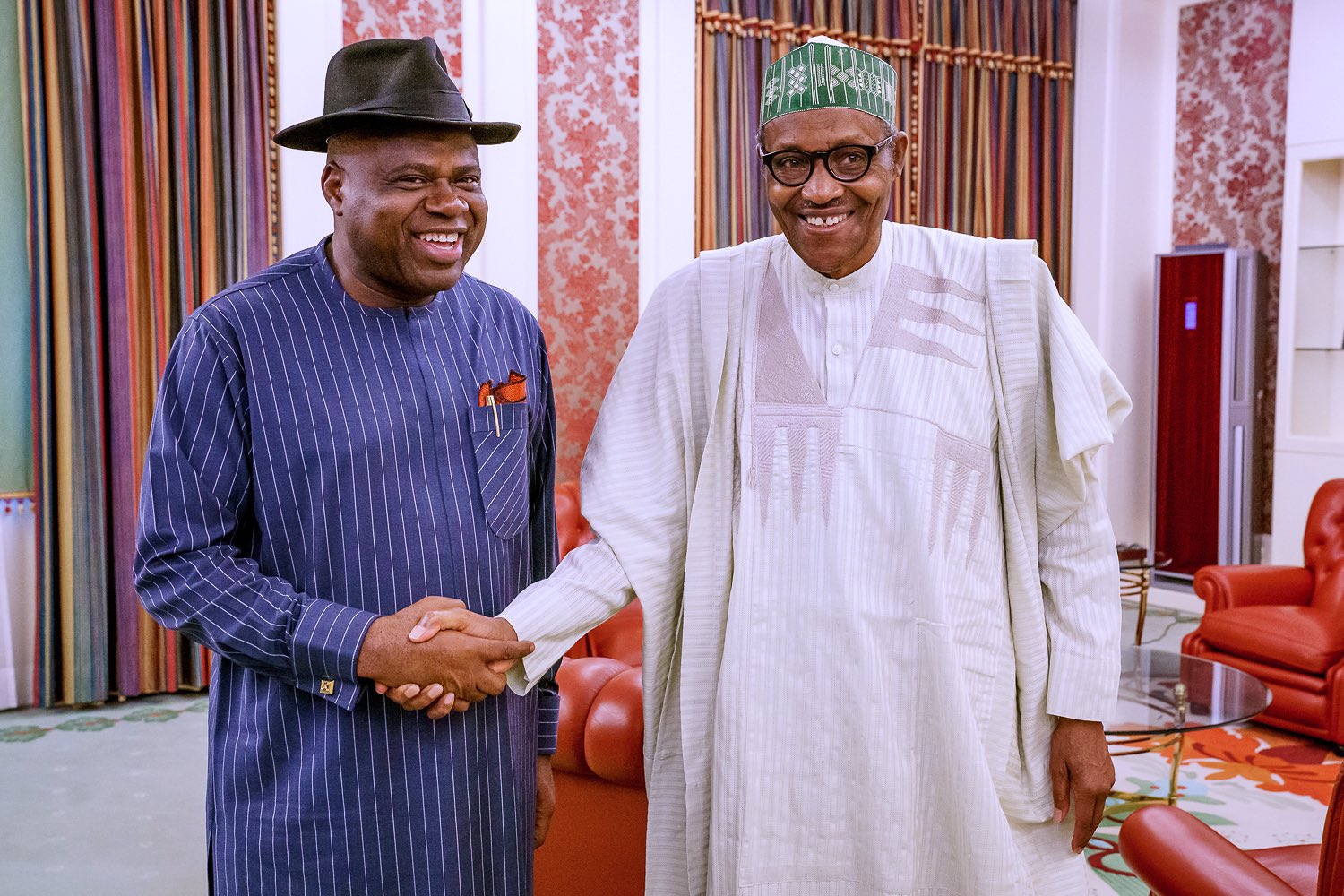 The Governor of Bayelsa State, Senator Duoye Diri on Tuesday met behind closed doors with President Muhammadu Buhari at the Aso Rock Villa in Abuja.

Naija News reports both leaders met for the first time officially on Tuesday since the Governor was sworn in on February 14, 2020.

It will be recalled that Diri is the Peoples Democratic Party (PDP) candidate that benefited from the Supreme Court ruling which sacked David Lyon of the All Progressives Congress (APC) as the duly elected governor of Bayelsa State few hours before his expected inauguration.

Speaking with newsmen after the meeting, Governor Diri noted that he was on a private visit to the president.

He said he was in the Villa to discuss ways of partnering with the federal government to bring progress to Bayelsa State.

“Since I resumed as Governor of Bayelsa State, precisely on the 14th of February, I have not come to see the father of the nation.

“Today, I just did that to come and see the father of our country and to work with the Federal Government of Nigeria in ensuring peace and stability in my state and ensuring the development of my state. That is what informed my visit to Mr President today,” he stated.

The Governor noted that the President was happy to receive him and he was warmly received.

“Mr President received me as one of his sons, as a governor of a state and he received me very warmly, I am very satisfied with the reception.

“He went ahead to advise that he was happy that I came and that he was happy with the way I have started. He went on to say he has read about all the statements that I have made and the security so far in Bayelsa.

“He promised as one of his sons, a state like Bayelsa that is critical to the security and peace in the Niger Delta, he was prepared to also work with me.”