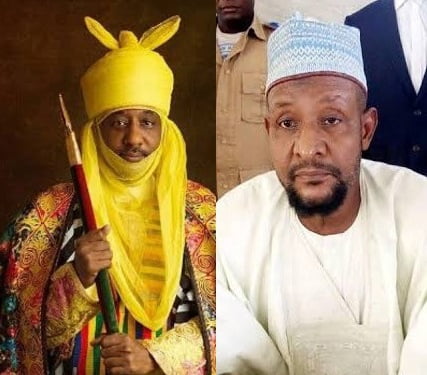 Dethroned Emir of Kano, Muhammadu Sanusi II has been blamed by an Islamic Professor in the state over his current predicament.

Following the drama that ensued in Kano State on Monday which saw former Governor of Central Bank of Nigeria (CBN), Sanusi Lamido banished out of the state, Umar Muhammad Labdo has noted that the deposed Emir was too vocal and hence, he paved way for his removal.

Labdo who is a Professor in Islamic Political Thoughts at Yusuf Maitama Sule University, Kano, hinted that traditional rulers have their way of relating to the government and not as Sanusi does.

He added that the former Emir has also meddled in politics, most especially during the last general election in the country.

Labdo in his reaction said; “Sanusi bring problems upon himself,”

“the former Emir of Kano involved himself in politics during the last general elections. This, he said, was against the custom of the emirate,” he said.

“It is unfortunate that the emirate is being played with by politicians, but Sanusi invited this to himself. He is too vocal against the custom. Traditional rulers have ways of contributing to governance not publicly.”

Speaking about Sanusi’s ruling throughout his six years, Labdo said “Sanusi tried to introduce Western things into the emirate.”

“He is pro-women against men. He told women to retaliate if their husbands slapped them. This is against our culture in Africa. He is too blunt; he talks without considering the feelings of his people.” He added.