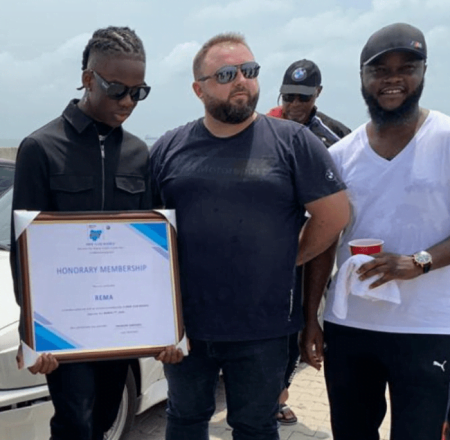 Reports reaching Naija News at this time confirmed that Nigerian Singer and rapper, Rema has bagged an honorary membership.

This online news platform gathered that the Mavin Records Artist on Monday, March 9 gets an ‘Honorary Membership Award’ of the BMW Club of Nigeria for his hit song, ‘Beamer’.

The award was issued to the young artist by the members of the BMW club at a meeting at Eko Atlantic, where Rema reportedly enjoyed a ride by the Club’s new Vice President, Theo Samouris.

Naija News understands that the BMW company presented the award to Rema to appreciate how the singer had promoted their brand in his recently released song “Beamer (Bad Boys),” which highlights the cool factors that come with the BMW brand car. 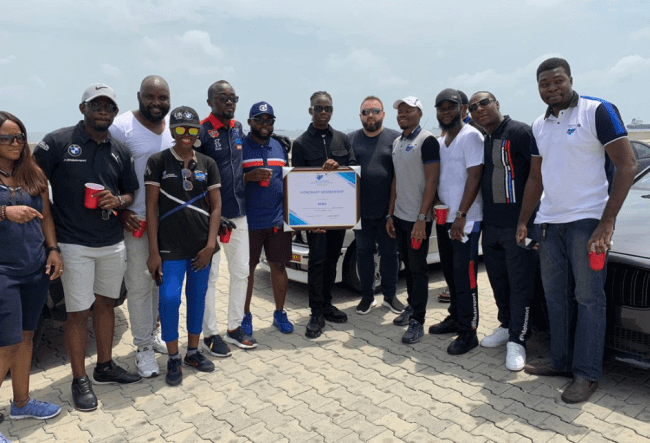 Meanwhile, Naija News had reported a few days ago that Rema reveals that he hates girls who talk too much and tweet much on social media, noting that they not his type of girls.