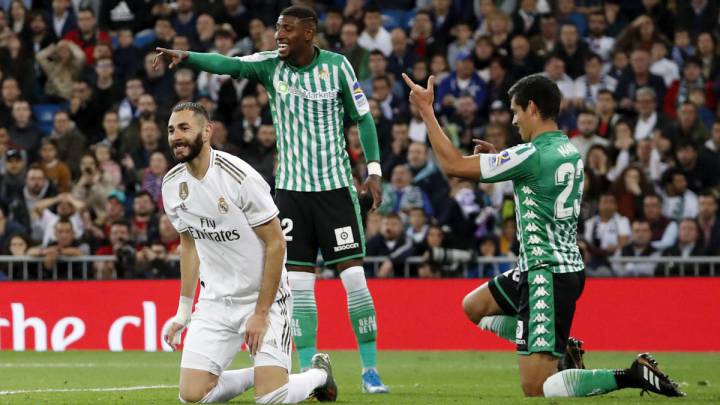 On Sunday night, 8th of March 2020, Real Madrid played against Real Betis in a La Liga game which saw Madrid lose 2-1 to their opponent.

Reacting to the defeat, Real Madrid’s defender Sergio Ramos has pointed out his view on why they were defeated in the Sunday night clash.

Ramos in his reaction noted that he and his teammates did not put in enough effort into the game which led to their loss.

According to the defender, his side were too relaxed and not good enough, which is the reason why the host took up the game and netted two goals to defeat them.

Ramos said; “It is football, and when we do not do things like we have been doing all week,” Ramos was quoted by Real Madrid’s official website as saying after the match. Real Betis played their football, and we have been very up and down, we had good spells in the match, but not enough.”

“The result is quite fair, and we have to look at ourselves. We have not been good enough. There is still a lot to play for in LaLiga, we did not get any points to defend the top position, and now it is our turn to keep on picking up three points. We relaxed a bit at the back. We needed to show more intensity against them, we should have fought more, but it was not to be.”

He added, “Just like we did not lose our heads against Barcelona. There are eleven matches to go, and many points still to play for. If we want to be champions, we can not let opportunities pass us by.”

Naija News understands that English Premier League side, Liverpool FC will on Wednesday, March 11, host Real Madrid in Anfield for a return game in the UEFA Champions League.