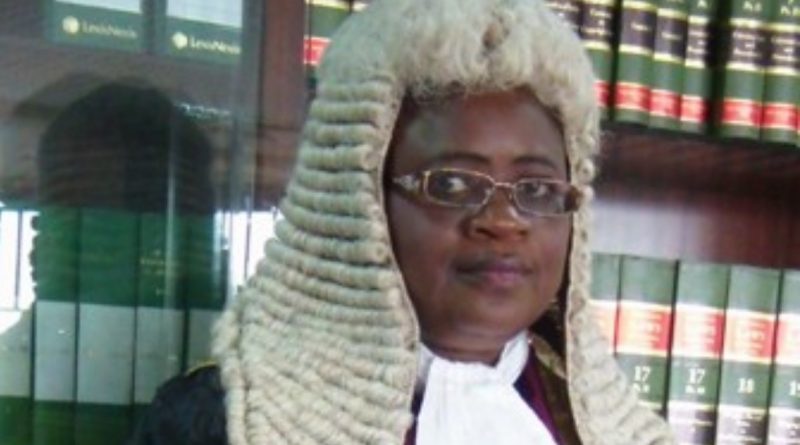 The Chief Justice of Nigeria (CJN), Justice Tanko Muhammad, has sworn in Justice Monica Dogban-Mesem as the new Acting President of the Court of Appeal.

Naija News reports that Justice Dogban-Mesem was sworn in at the ceremonial court of the Supreme Court in Abuja.

Speaking during the swearing-in, CJN Tanko described the Acting President of the Appeal Court as a seasoned judicial officer who has been in the system for a long time.

He said: “She knows the work very well and she has been doing her job satisfactorily well. It was her working hard that has enticed both the Court of Appeal and the National Judicial Council to uplift her to the position of the President of the Court of Appeal.”

The ceremony also had in attendance Justices of the Court of Appeal and heads of other federal courts.

The swearing-in ceremony was witnessed by governors Simon Lalong of Plateau State and Atiku Bagudu of Kebbi State.

Naija News recalls that President Muhammadu Buhari had on Thursday approved the appointment of Justice Dongban Mensem as the Acting President of the Appeal Court.

The appointment was disclosed in a statement by the Senior Special Assistant to the President on Media and Publicity, Mallam Garba Shehu.

The statement said the approval of the temporary appointment followed the recommendation of the Chief Justice of Nigeria.

Justice Mensem would be stepping in to act in the capacity for three months, following the retirement of the outgoing President of the Court of Appeal, Justice Zainab Bulkachuwa (CFR), on March 6, 2020 (Friday).

The 62-year-old Dogban-Mesem, who hails from Plateau State, and is a law graduate of Ahmadu Bello University was appointed a judge of Plateau State High Court in 1993 and later, on transfer became a judge of the Federal Capital Territory, Abuja, in 1996.

She was elevated to the Appeal Court bench in 2003.

She was the Presiding Justice of the Enugu Division of the Court of Appeal until her appointment as the Acting President of the court.