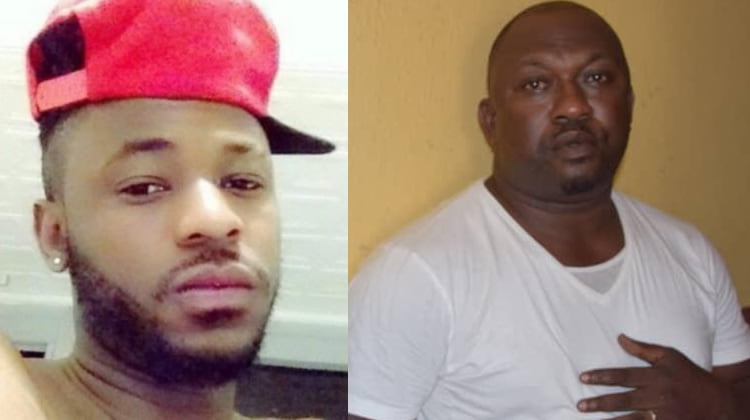 The Lagos State High Court in Ikeja, on Thursday, heard reports on the autopsy conducted on the corpse of Kolade Johnson, a football fan.

Recall that Kolade was allegedly killed by a policeman, Olalekan Ogunyemi, who was dismissed by the Lagos State Police Command following the outrage that trailed the incident.

Naija News had reported that the deceased was shot when some policemen attached to the Anti-Cultism Unit of the command stormed Olu Aboderin Street in the Onipetesi area of the state.

Kolade was watching a football match between Liverpool and Tottenham Hotspur, on March 31, 2019, when the incident happened.

The policeman who allegedly shot the deceased is standing trial on one count of murder before Justice Adenike Coker.

Williams, while being led in evidence by the prosecutor, Yhaqub Oshoala, told the court that the autopsy carried out on April 10, 2019, revealed that Kolade’s right femoral vessel, which supplied blood to the lower limbs, were separated and destroyed by bullets, which penetrated his front thigh up to the back of the thigh.

He said, “After verification, we carried out a forensic investigation of the body. We examined his clothing and the content of his pockets. We thereafter proceeded to remove his clothes. We conducted a thorough examination of the body from head to toe and identified multiple defects, both on the anterior and posterior on the right lower limbs.”

“A further examination of these defects revealed injuries with round burnt edges, which are suggestive of firearm injuries or gunshots. On further examination of these defects, we were able to identify defects in the tissues of the lower limbs as well as the destruction of the lower limbs, and on conclusion of the autopsy, my team prepared an interim report for the IPO of the case and the original copy of the death certificate was issued to the deceased’s family.”

However, the pathologist while been cross-examined by the defence counsel, Abayomi Omotubora, noted that there are four injuries on Kolade’s thigh, two on his hands, one on the right hemiscrotum and one on the left hemiscrotum.

He added, “The injury on the left hemiscrotum was an abrasion, which could be from anything, and the second-hand injury was not related to injuries caused by gunshots.”

“Six of the injuries were related to penetrative missiles. The injuries on the thigh were through and through and there were features that were suggestive that they were caused by firearm missiles. We counted six injuries identified as firearm injuries.”

“The anterior defects in the right hemiscrotum and thigh had dark burn edges caused by something hot and penetrative at the same time, which is suggestive of a bullet even though we did not recover any bullet from the deceased. In this case, the cause of death was gunshot injuries.”

Justice Coker adjourned the matter till March 19 for the continuation of trial.