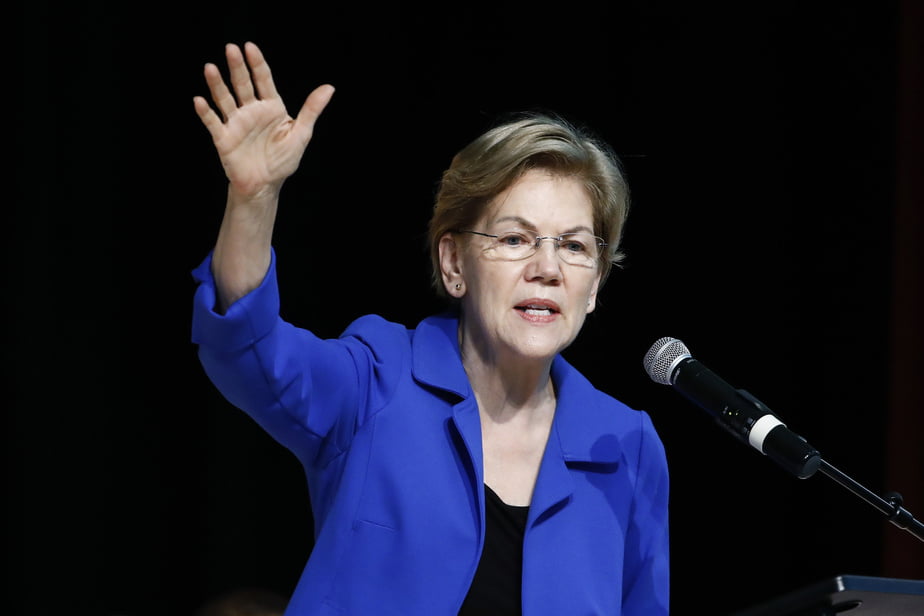 Senator Elizabeth Warren left the White House race on Thursday after several bitter defeats in the Democratic primaries, giving way to a big duel between Bernie Sanders – her “longtime friend” – and Joe Biden.

Announcing her abandonment in front of her Massachusetts home with her husband and dog Bailey, as during the formalization of her candidacy in late 2018, she said she was not ready to indicate “today” if she supported one of the two men still in the running.

A little later, on the MSNBC channel, she nevertheless confided that Bernie Sanders was an old friend with whom she worked for “very, very long”. They share many ideas marked on the far left.

Regarding former moderate vice-president Joe Biden, who has recovered in recent days his favourite position for the Democratic nomination, the senator stressed on MSNBC that they were tackling many subjects with “different directions”.

The support of this former law professor, a Wall Street slayer and who has a good network of highly motivated volunteers, is now very much sought after.

Bernie Sanders, Vermont senator claiming to be “socialist”, applauded the “extraordinary campaign of ideas” led by his colleague in the Congress of the United States, in particular on ecology, student debt, universal medical coverage and the protection of women’s rights.

“Without it, the progressive movement would certainly not be as powerful as it is today,” he tweeted.

“Senator Elizabeth Warren is the fiercest fighter for middle-class families,” tweeted Joe Biden after the announcement of his retirement. “We needed his voice in this race”.

Elizabeth Warren, 70, rose to the top of the polls in the fall before falling again. She has not won a single of the twenty primaries held to date, even suffering particularly humiliating defeats in Massachusetts which she represents in the Senate and in Oklahoma where she grew up.

Many people paid tribute to him on Twitter on Thursday with the hashtag “ThankYouElizabeth” (#ThankElizabeth).

“I will continue to fight for those who work hard across the country and who have constantly found themselves losing,” insisted Thursday, who had been the first of the big candidates to enter the race for the White House, in December 2018.

“Let’s dream big, let’s fight hard, it’s up to us to win!” »: The crowd, first a few hundred, then thousands, resumed their rallying cry across the United States.

Combative, she boasted of having “a project” for all the big questions and hoped to be able to gather the left and more centrist wings of the party. She regretted Thursday not having managed to find “space” to campaign between these two trends.

Former Republican voter, born to modest parents, Elizabeth Warren has been relentlessly targeted by the pikes of Republicans – President Donald Trump in mind – over her Native American origins, long claimed, but which turned out to be in fact very diluted.

The Republican billionaire also commented quickly on his abandonment by again using one of the nicknames he likes to distribute.

“Elizabeth“ Pocahontas ”Warren, who was going nowhere […], has just left the Democratic primary… three days too late,” he tweeted, saying that she had thus prevented Bernie Sanders from winning several States.

She was the last woman among the favourites in these primaries, in a race that had started with record diversity.

“The hardest part is for all these little girls who will have to wait four more years” to see a woman in the White House, regretted Elizabeth Warren.

“If you say, no, there was no sexism (in this race), a billion women will think” what planet do you live on? “,” She said.

“This particular electoral cycle has raised very legitimate questions about the challenges faced by women running for president,” said Senator Kamala Harris, also a former candidate for the Democratic nomination.

Others claim that his attacks on the billionaire – also a candidate – Michael Bloomberg during the debates could also have cost him, some perceiving it as “aggressive”, which would not have been the case with a man.