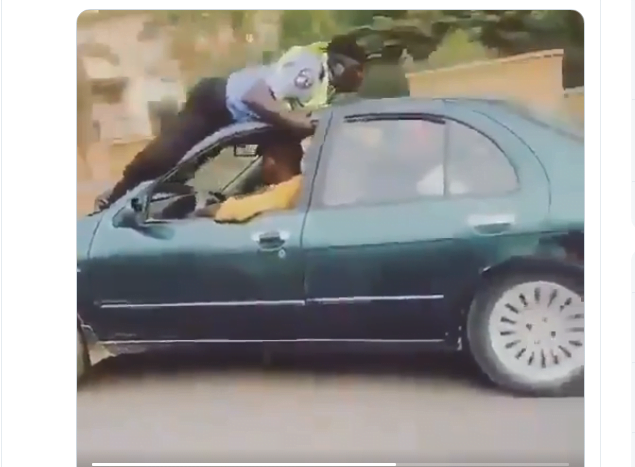 In a now-viral video online, a Nigerian Police Officer has been captured on camera at the point he was attempting to arrest a moving vehicle.

As seen in the hilarious video shared on Twitter, the yet to be identified Officer of the Nigerian Police get himself magnetized on a car as the driver refused to stop the car.

The video was reportedly taken at an undisclosed location in Abuja.

Meanwhile, Naija News reported had reported about a month ago that a Nigerian Police Officer who was acting like a ‘Spiderman’ was spotted hanging on the bonnet of a Danfo bus in Lagos over bribe.

It was reported that the police officer whose name is yet to be identified demanded a bribe from the Danfo bus driver, but that the driver ignored him and went on riding.