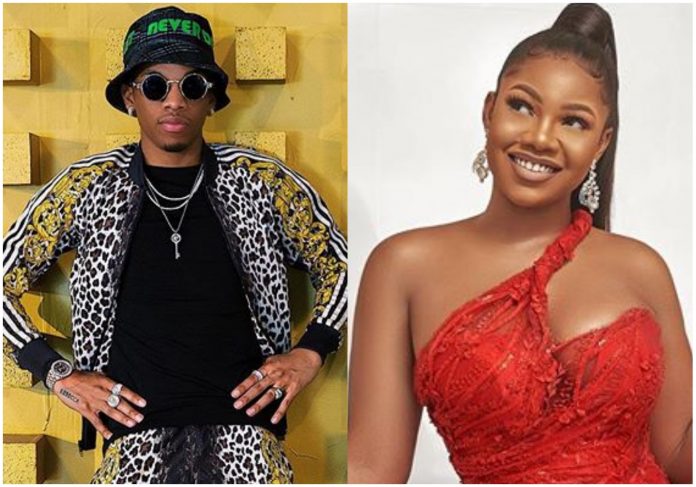 Disqualified Big Brother Naija ‘Pepper Dem’ housemate, Natacha Akide, popularly known as Tacha has in a tweet calls out a Nigerian singer, Tekno to give her a massage and warm bath.

Naija News understands that Tacha had called out the singer for the body massage while reacting to a tweet by one of her fans who suggests that she needed a massage after Tacha had tweeted that she has just returned from a video and photoshoot she went for.

Uncle ladi pls give her a tender warm bath and massage for us.. thank you#ItCanOnlyBeTacha

As shown above, the tweeter fan of the reality show star whose name on the microblogging site reads ‘Tita Judiciary’ [@patsesky], calls on Uncle Ladi to give Tacha a very tender warm bath and massage.

Tacha, however, replied to him that Uncle Ladi is not available at the moment, but that Tekno can fill up space as she noted that the singer is on the same location as her.

In another news, Naija News reported that Olakunle Churchill, the ex-husband to Nollywood actress, Tonto Dikeh has responded to claims by the actress that he sleeps with other men.