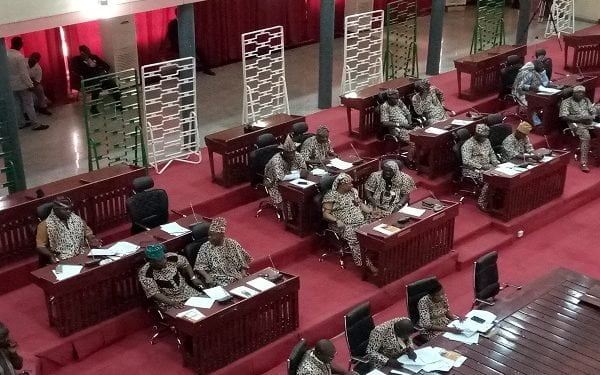 Naija News learnt that the lawmakers in their dressing had shown their readiness for the day’s business as majority of them wore customized outfits in the shade of leopard skin.

The session started with a clause by clause consideration of the bill before its eventual third reading and final adoption and passage.

While some of the lawmakers wore amulets, armbands depicting combat-ready atmosphere, the lawmakers’ unanimously reechoed the whining of the leopard the moment the Speaker, Adebo Ogundoyin hit the gavel passing the bill into law.

Local hunters’ chants and songs immediately rented the air of the hallowed Chambers with lawmakers congratulating each other on the extent of the job done.

Here are some pictures below: 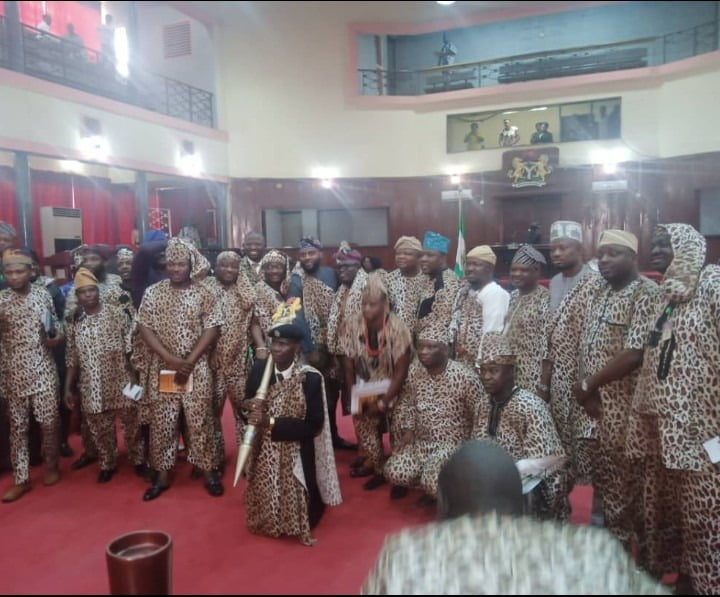