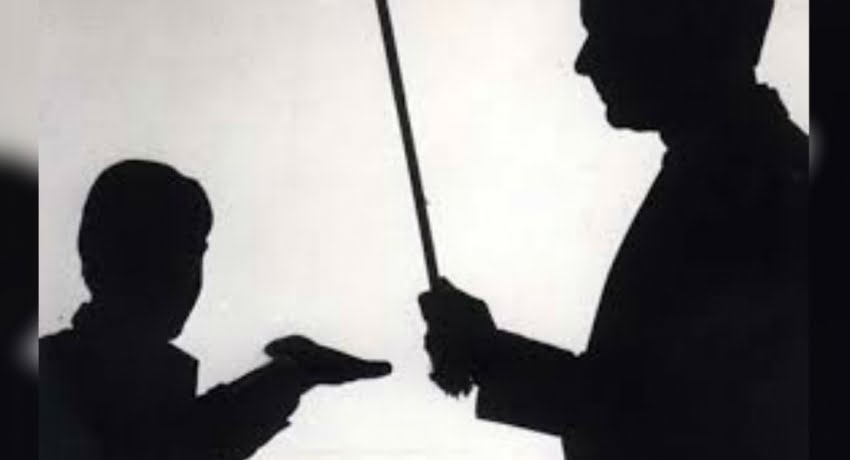 According to a report monitored on The Nation, the student’s death sparked a protest among students on February 26.

The angry students reportedly attacked the teacher, destroyed the principal’s office and pelted a police vehicle conveying operatives that were brought in to calm the situation with stones.

Narrating further details on what transpired before the student died, a source, who preferred anonymity, said the students had informed the teacher that Kelvin was not feeling well on account of a leg injury but the teacher continued beating the student, nevertheless.

He said, “We were begging the teacher not to flog him because Kelvin was not too fine but the teacher refused. Kelvin had an injury in his leg before he was flogged; we do not know if the flogging was what led to his death.”

Police operatives who were drafted in to calm the situation met stiff resistance from the angry students who pelted them with stones and other dangerous weapons.

A senior police officer attached to Ughelli Area Command was quoted as saying about the incident that, “There was protest by students of Ekiugbo Grammar School, Ekiugbo, in Ughelli over the death of one Kelvin Ogheneogaga, who was said to have been flogged to death by a teacher.

”The teacher had on February 26, 2020 flogged the student for misconduct, after which it was reported that the student on getting home developed complications and was rushed to Ughelli Central Hospital by his family where he died.

“When the news of his death got to the school, it led to a protest by the students who destroyed the school’s vehicles belonging to the principal and teachers.”