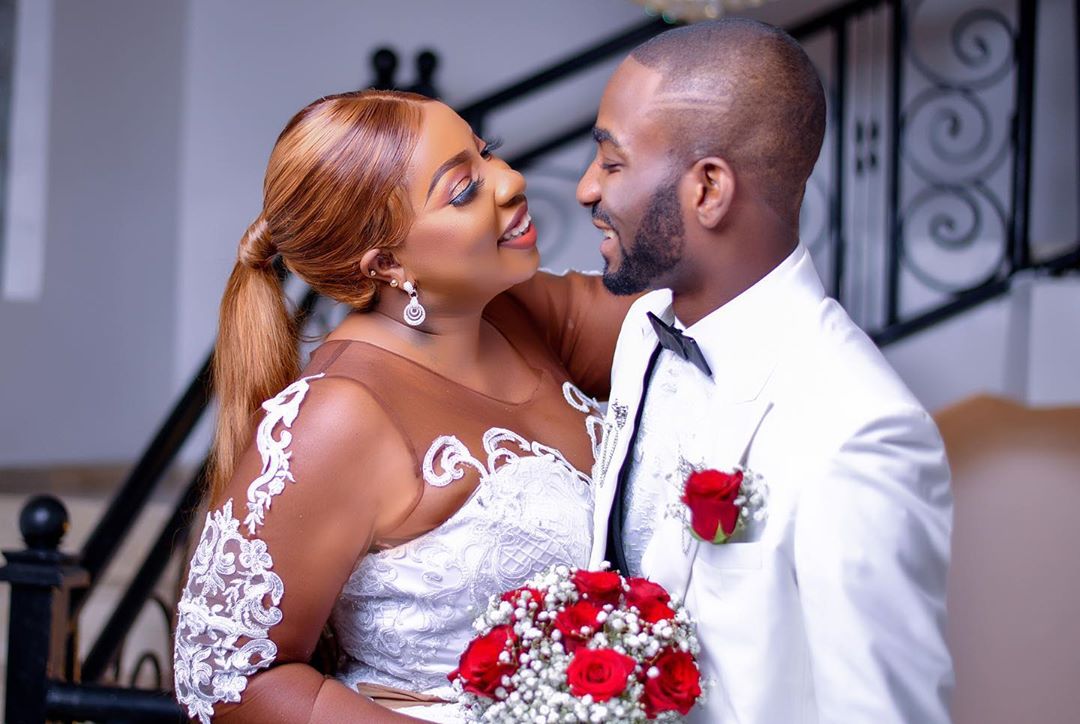 Newly married Nollywood actress, Anita Joseph has revealed how she copes sexually when her husband, MC Fish is not around.

She made the revelation about her sexual relationship with her husband during a recent interview where she also mentioned what makes her husband special and why she married him.

Naija News recalls the curvy Nollywood actress got married to MC Fish in a private wedding on February 14, 2020.

Speaking on how she copes sexually in the absence of her husband, Anita said: “Sex is spiritual; it needs to be done with the right person. When my partner is not around, Haaaa, I control it o! We talk everyday, every morning, afternoon and night… So, I don’t yearn for sex that way. Before he travels, he makes sure he refills my tank. You know that type that will last for at least a week?”

Speaking earlier in her interview with the Sun, Anita Joseph revealed that it was love at first sight between them and she didn’t have a hard time deciding to marry him.

“What attracted me to my husband is that he loves God, he’s a power dresser, he speaks well, makes me laugh, respects and adores me and above all, he enjoys my company.

“Our relationship started after we met at an event. It was love at first sight and it was like magic. I settled for MC fish because you know, sometimes you just see someone and you know in your heart that God has settled this one.

“I was looking forward to it because we were so close; we think alike, behave alike and we love everything about us. When he brought it (the marriage proposal) up, I said why not? It was a beautiful one. Who again I for marry? He’s the best person to marry. So, I’d say yes over and over again.”

Meanwhile, it will be recalled the actress and her husband just shortly before their wedding, set tongues wagging when she posted a video of MC Fish grabbing her boobs as they both had fun.