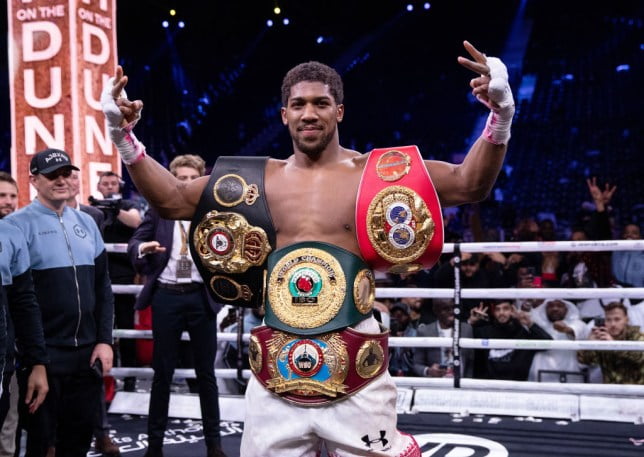 Nigerian born, British world heavyweight champion, Anthony Joshua has confirmed that he would defend his IBF, WBA and WBO title belt against Kubrat Pulev on June 20.

The last major fight by Joshua was a rematch against Andy Ruiz Jr in Saudi Arabia which he won to reclaim his championship belt.

However, Naija News understands a deal is now in place for Joshua to fight Pulev on UK soil with the Tottenham Hotspur Stadium in London been touted as the likeliest venue.

On his part, the 38-year-old Pulev had expressed readiness to fight Joshua in London.

“I’m ready to come to London and bust you up in front of your own fans,” Pulev had previously warned.

On Monday, he further confirmed on his Facebook page that “The contract is already officially signed.” “I am happy to be able to show the world how strong I am.”

Promoter, Eddie Hearn had also given his blessings for the fight to take place when he declared that “everybody is very clear on this.” “Everybody wants this fight – Anthony Joshua, Tyson Fury, MTK, Top Rank, Frank Warren, Matchroom.

“You will get this fight. We will do everything that it takes to make this fight.

“Last time, you had us and Team Wilder and we were locking heads. Right now, you have two guys and two camps that genuinely want this fight, that genuinely will do everything that they can to make this fight. It is the only fight.

“When are we ever going to get the chance of two British world heavyweight champions fighting for the undisputed title against each other? It’s never happened before it will never happen again. We’d be clowns, we’d be idiots if we didn’t make this fight. We believe we win the fight, they believe they win the fight, so let’s see it.”