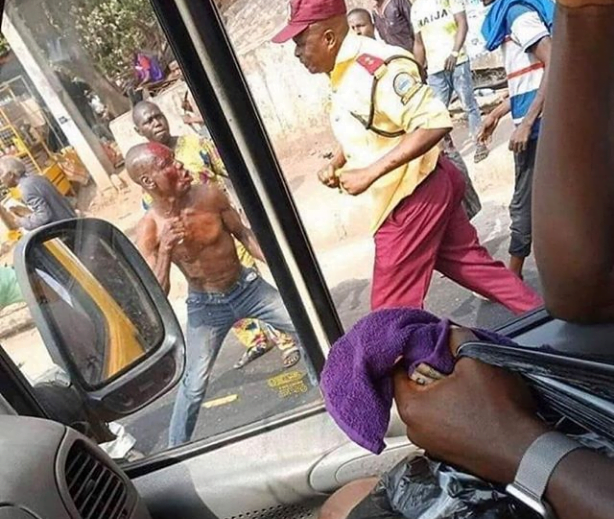 Nigerians have taken to social media to react to a fight which ensued between an Agbero and a LASMA official in Lagos State.

In a post noticed by this news platform on instagram, a middle-aged man was seen exchanging blows with a LASMA officer who is fully dressed in his uniform.

The LASMA, however, seems to be a strong man as he has gushed out blood from the forehead of the alleged Agbero man who posed like a real fighter.

The exact location of the incident was however not mentioned, but it was confirmed that it happened somewhere in Lagos State.

See the post below and how Nigerians react to the drama.

As seen in Lagos.

Meanwhile, British boxer, Anthony Joshua, as reported earlier by Naija News, has called on boxing promoter, Eddie Hearn to seal a match with Tyson Fury over a unification match after the 31-year-old defeated Deontay Wilder.