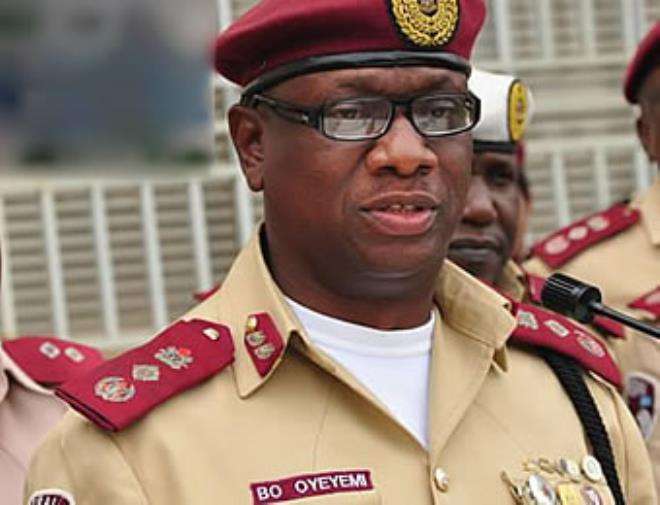 The Public Education Officer (CPEO) of the Federal Road Safety Corps (FRSC), Mr Bisi Kazeem has spoken in a recent interview that the corp is in its readiness to curb overloading of passengers by commercial cars in the country.

According to Mr Kazeem, while speaking on Friday with a correspondent of the News Agency of Nigeria in Abuja, there is no going back on the law which restricts two persons aside a driver, from occupying the front seat of commercial vehicles across Nigeria.

Kazeem hinted that the corp remains on its stand to ensure the safety of lives of citizens, through enforcing compliance on all traffic laws.

He said; “The law is very clear on overloading, and the corps is sustaining existing efforts to ensure that the law is obeyed by all.

“The operational arm of Corps is effecting arrest on a daily basis, but one thing you should know is that most of these offenders already know and avoid the areas where our patrol teams operate.

“But we are on top of this like we have been on any other challenge that militates against safety on our roads and I assure you that perpetrators are been arrested at all times,” he added.

Reacting to the issue of insecurity in the country, Kazeem said; “FRSC was prepared to curtail the rising cases of kidnapping in the territory considering the wave of kidnapping on the highways in recent time.

“I am happy to inform you that the Corps are tactical, highly proactive and will always play its role by providing intelligence to relevant security agencies.

“We believe that the collaborative efforts of our combined security apparatus will definitely overcome every form of insecurity that bedevils us in recent times.”