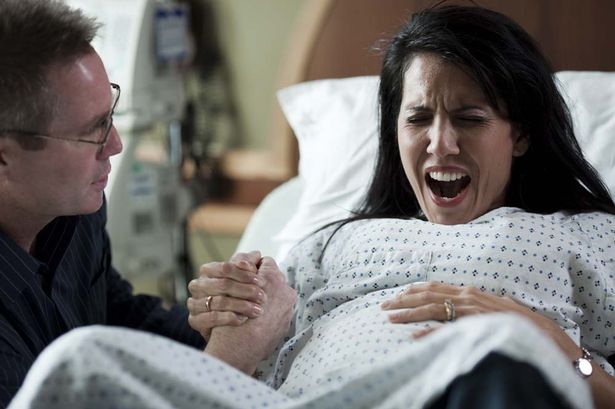 Kiara Nelson, a mother who gave birth at the hospital has revealed that she had to finish her assignment shortly after delivering her baby.

This has earned are praises from social media users who commented that she had given them motivation.

Some stated that the fact that Kiara Nelson still managed to get all her assignments done not long after giving birth to a beautiful girl was very impressive.

She shared a photo of herself on the hospital bed and disclosed that right after giving birth due to preeclampsia at 35 weeks earlier than expected, she had two assignments due the same day.

She said her instructor had avised that she drops the course because she thought Kiara could not finish her assignments after giving birth.

However, Kiara did not only manage to finish all assignments on time to present them but also proved her doubters wrong with exceptional scores.

”I passed the midterm with flying colors after being told I was going get dropped from her class over.

The new mother of a beautiful baby girl said while feeding her baby girl she got her assignments done.