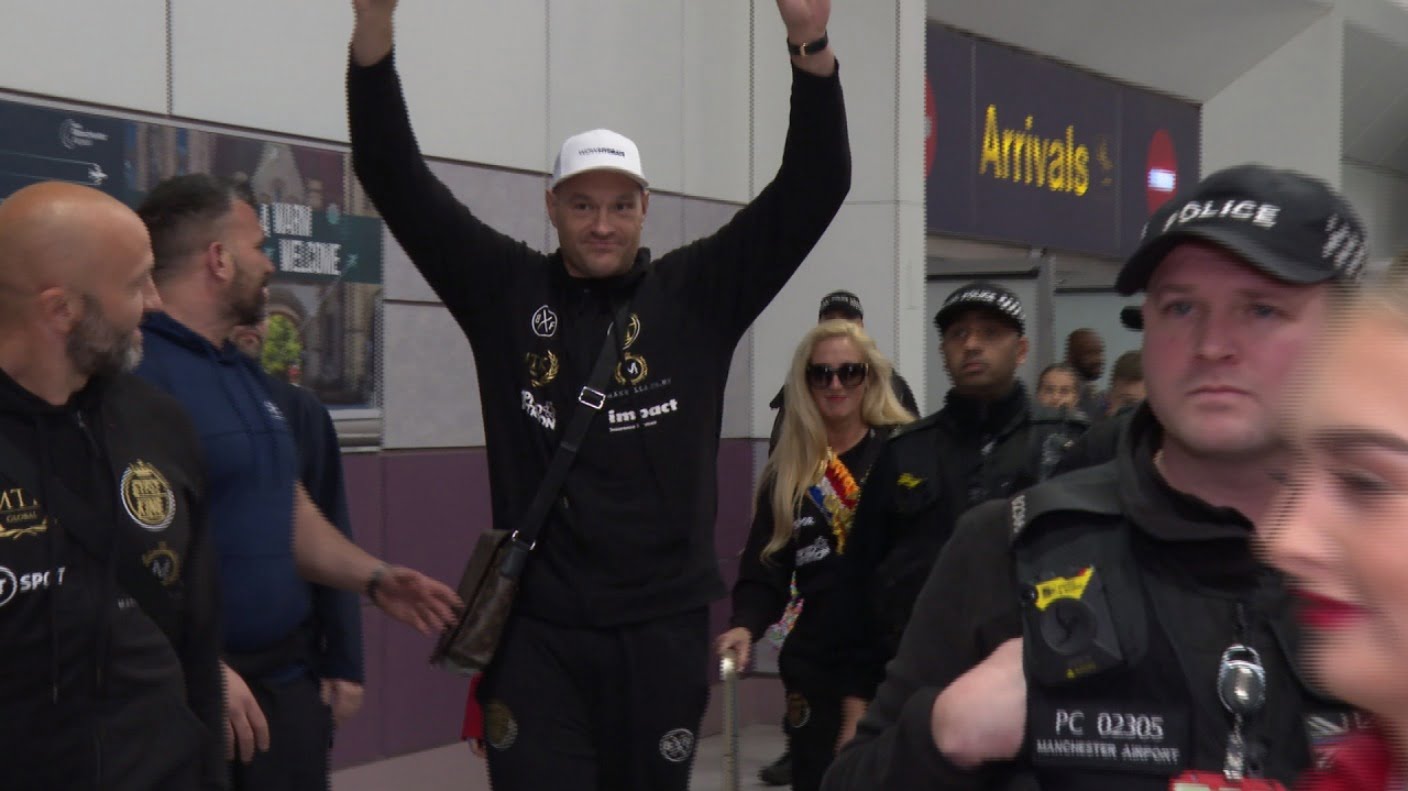 A crowd of happy supporters was on hand to welcome victorious Tyson Fury at the Manchester Airport after his technical knock out victory over Deontay Wilder on Sunday.

Fury returned to the UK on Tuesday after comprehensively defeating Wilder in Las Vegas to become a two-time world heavyweight champion.

Before his loss to Fury, Wilder had been unbeaten in a professional boxing fight at that level. He however lost by TKO at the MGM Grand in round seven. 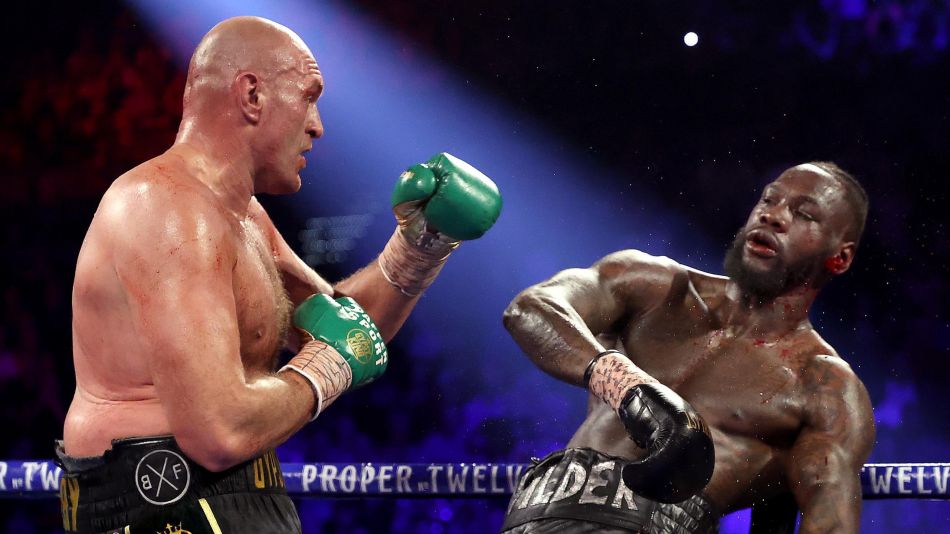 Upon his return to the UK, 31-year-old Fury was welcomed by a group of fans and press hoping to catch a glimpse of the new WBC heavyweight champion as he was escorted through the crowd by armed police officers.

Meanwhile, as previously reported by Naija News, Wilder has blamed his costume for the shocking loss to Fury.

He narrated that the 45-pound black and red armoured bodysuit with a matching mask and crown which he wore to the ring made his legs weak before the fight.

He also confirmed he will be triggering his rematch clause with the fight expected to happen in the summer.

Fury is yet to respond to Wilder’s confirmation he will exercise his option for a rematch.