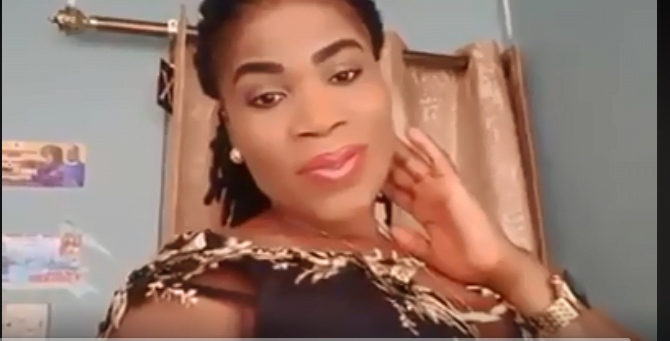 A lady who has been described as an expert in daylight robbery has run out of luck as she was leaked in a video now viral online, while getting away with weave-on in a shop reportedly located somewhere in Accra, Ghana.

Portia Owusu, who is said to be a popular slay queen in Ghana was captured on CCTV as she smoothly carries out a smart robbery in a shop where weave-on and other cosmetics are sold.

She carried out her operation and the shop owner and the salesgirl could not notice her, except for the help of the CCTV Camera.

In the video, one could see how Owusu displayed her professionality in the shop and successfully swindle away their hair without anyone knowing. Thank God for the CCTV.

Such a lady if not caught will go on to lie to her friends and claimed she bought those stuff with her money, probably even resell them if she was able to get more from other places.

Meanwhile, Naija News has reported earlier that a young man angrily collected all he bought for his girlfriend after she rejected his proposal in the public.